By News Staff on November 5, 2010 in Bureaucrat Beat

Some of our friends said they feel hopeful for our economy now that Washington will house more Republicans. We just want to remind you, friends, that it was 8 years of a Republican Administration that pushed us to the precipice of financial doom. It does pay to employ intellectual honesty and to retain a memory.

It does not make us feel warm and fuzzy when we read in the LA Times that “Future GOP leaders in the House pledge less meddling and a closer review of regulations.” Translated that means let business have a free hand. Whoopeee!! This means 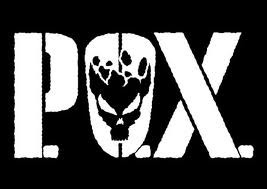 Hey, we in the Bureaucrat Beat Newsroom are, after all, business people. Very small business. We still ascribe to the thought that as the terribly, terribly rich get very much richer, the guys on the other end and in the middle don’t.

Congressman John Boehner calls healthcare reform a “monstrosity.” We call his cozy meetings with business lobbyists and promises to halt financial regulations “sinister.” We want a representative without a money addiction to go to Washington and fight to end campaign financing and contributions from special interests. Yeah. We’re delusional. Finally, we say a pox on both political parties until they prove themselves. Democrats act like wimps and Republicans act like bullies. Of course, we’re generalizing.

So is the Los Angeles City Council. They think they’re going to force DWP to submit to a new watchdog office they’re calling the Office of Public Accountability. Hey! All right. Can we in the Eastern Sierra go to that office and complain, too???!!!

Seems the Council had their fill of DWP during nasty fights over electricity rates and DWP payments to City Hall. Poor 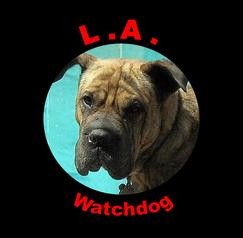 babies. Meanwhile, other news stories told of felony fraud charges against two DWP employees. They allegedly bought furniture and materials for the DWP Commission offices and board room from dummy companies that inflated the cost by 10% or more. The scheme involved at least $3 million worth of supplies for DWP. The utility has now been accused of a lack of oversight. The scandal involved thousands of invoices over six years. Sounds like they really do need that Office of Public Accountability. We’ll stand in line.

TV news reporters lined up election night to question Nevada U.S. Senate candidate Sharon Angle. She flipped and told them not to come to her election party because they refused to get their questions approved by her campaign committee before asking them. Cute. Hello, Ms. Angle, this is grown-up life where the first amendment demands questioning of would-be officials. Oh, well. She lost her chance to do more stupid things in Washington.

With all the marijuana talk these days – with Mammoth’s two medical marijuana co-ops and Proposition 19, the full legalization of pot fell to defeat. Backers of the proposition say they will try, try again in 2012. The backers note that although Prop 19 was soundly defeated, the initiative gained more votes than Meg Whitman. Richard Lee, founder of the Oaksterdam cannabis university in Oakland and author of Prop 19, says the measure was just the beginning and backers knew it was just one battle in a big war.

Interestingly, this week saw the discovery of a huge tunnel that runs 600 yards under the border near San Diego. Authorities seized 20 tons of pot near the tunnel that connects warehouses on either side of California’s border with Mexico. How’s the war on drugs doing???

Finally, a few more notes from the 2010 Pig Book of earmark expenditures. How about $99 million on projects in Iowa – from museum exhibits to music education and training for nurse assistants. Okay. This may sound noble, but how about we just quit all earmark spending ($16.5 billion this year) and tell folks they need to tough it out for their country.

We work to provide daily news to all of the Eastern Sierra, in the tradition of Eastern Sierra News Service and the Sierra Wave. We bring you daily happenings, local politics, crime, government dealings and fun stuff. Please contact us.
View all posts by News Staff →
Spellbinder Books Wins Prestigious Award
Serial Break-Ins by Bears Continue in Lakes Basin