More evidence that it pays to call DWP’s hand on bad behavior. The LA Times reported that LADWP officials launched an 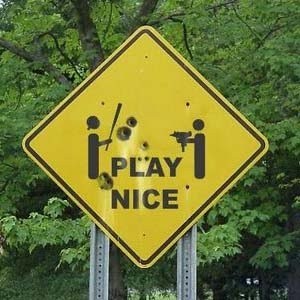 aggressive campaign and a bill to halt state environmental rules that would require use of much less sea water in cooling their coastal power plants. The state wants to limit damage that power plants inflict on the oceans and its creatures.

Environmental groups shouted loud that DWP could not just bully its way through this issue. Even former DWP Manager David Nahai was quoted in the Times as saying this fight made DWP look “cynical and manipulative.” So, the heat on the Department turned up to boil, and by last Thursday DWP Manager Austin Beutner said his agency would withdraw their bill to delay environmental upgrades and, instead, negotiate with the State Water Board. Play nice, boys! 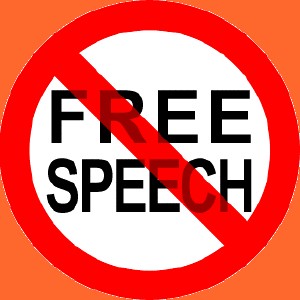 A federal judge and the U.S. Court of Appeals in Denver did not play nice. They ruled that attendees at presidential speeches have no right of dissent. What?!? So, any president can suspend the First Amendment when he talks? We in the Bureaucrat Beat Newsroom beg to differ. The case that started this whoopdeedoo involved a couple who had tickets to hear President Bush speak at a Denver, Colorado Town Hall meeting. They were tossed out. Seems they had attached a bumper sticker to their car that read, “No more Blood for Oil”. The ACLU took the case up on appeal. The Supreme Court will rule in late September whether to hear the case.

The dissenting judge in Colorado said, “The right of an American citizen to criticize public officials and policies is at the heart of the First Amendment, and it is simply astounding that any member of the executive branch could have believed that our Constitution justified this egregious violation.” The ACLU has asked the Supreme Court to rule “whether the Constitution prohibits government officials who are speaking at events that are open to the public and paid for by the taxpayers from excluding people from the audience on the basis of viewpoint.” If the Supremes disagree with the ACLU we will have entered Fascism 101.

The California Legislature teeters on Hypocrisy 101. Seems legislators pushed for salaries of city officials to go public, in light of the Bell, CA scandal. But when it came to a law that would make it easier to see their salaries, no way! According to reports, a measure that would legally require lawmakers to post their salaries and the salaries they pay staff onto the internet has stalled in the Senate. Seems the esteemed leaders think it’s enough to force city and county officials to post their salaries online. After a lot of grumbling, they may informally come up with a Senate rule that would lead to salary disclosures. Okay, guys, whatever.

Meanwhile, the state lawmakers moved ahead with the crushingly relevant Paparazzi bill. Yep. This bill would impose $5,000 fines and possible jail time for photographers caught driving in a dangerous manner to get images of celebrities. Aren’t there already laws in place for wreckless driving? Maybe the movie star stalkers don’t care.

Finally, a column in the Christian Science Monitor news magazine makes a good point. Writer John Renesch says in his commentary that he has pondered the “excess divisiveness so prevalent in America today.” He says each faction suffers from groupthink that reinforces its own dogma, talks to its own choir, and avoids feedback. He says at its worst it is “ideological bigotry.” In other countries, he says, ugly rhetoric has turned to violence. He says the key is to make sure debates are about ideas, not people. So it doesn’t devolve into personal attacks. We see this in our website comment section. We encourage a healthy debate of ideas but not personal attacks. They arrive anyway.

The same holds true in the courtroom where lawyers can go at it like tigers and then laugh, talk and have a drink together when it’s over. We will take Mr. Renesch’s suggestions to heart. He says this: “Join me in ending the cycles of incivilities, negativity, disrespect, and insulting sarcasms. Take a stand against engaging in conversations or email exchanges that perpetuate these cycles and take us all down to lower levels of human relationships.” He does call for us to reach out to the other side with a wish to know more about them. Watch out website commenters. We’re tired of the mean streak.

We work to provide daily news to all of the Eastern Sierra, in the tradition of Eastern Sierra News Service and the Sierra Wave. We bring you daily happenings, local politics, crime, government dealings and fun stuff. Please contact us.
View all posts by News Staff →
One More Beautiful Day in the Neighborhood
Bishop Woman Identified as Accident Victim