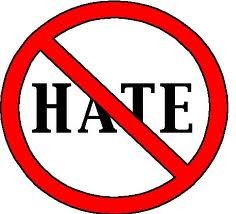 We saw a bumper sticker on the back of a truck the other day. It said, “Be careful when you hate. It might affect someone you love.” We like that. Sometimes the comments on our website drip with loathing of other people. Our view? Hate is not an option.

Mammoth’s Police Chief Dan Watson has the right focus – on better service. That’s why he launched a Police-Hispanic community committee. Some have criticized him for being soft on illegal aliens. That’s not the point. Maybe those people are too focused on hate to see the truth. Chief Watson said his outreach “has nothing to do with supporting, advocating for, or taking a position on the illegal immigration issue. It’s about providing better law enforcement services to the entire Mammoth Lakes Community.”

It’s tough to keep hate out of the picture, at times, when dealing with phone companies, bureaucracies and utilities. Their voice mails drive one to distraction. The mercury rises toward hate when they talk to you about their nonsense. Clint Hyde of Mammoth Lakes discovered some disturbing news about the new cell phone service provider here, AT&T. Hyde said his new data card with AT&T is slower than the former Altell.

“In fact,” said Hyde, “it is sometimes as slow as dial up (remember those days about ten years ago?) when I have called for 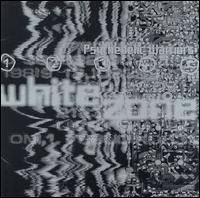 tech support,” said Hyde, “some AT&T employees have even admitted we in Mammoth are in a ‘white zone’ meaning we are not so fast as the 97% coverage that they advertise.”

While we searched on the internet for a phone number we could call to grill AT&T about the “white zone”, we found that Consumer Reports January, 2011, edition reports that AT&T ranks lowest among U.S. carriers and “was the only one to drop significantly in overall satisfaction since last year.”

This does not make us feel warm and fuzzy. We’ll continue our search to talk to a live person about AT&T. Stay tuned.

Hold onto your chairs. Here’s a story about a group of millionaires who oppose continued tax breaks for the wealthy. It seems no one likes this but certain congressmen. Anyway, the group called Wealth for the common Good joined with another group called Patriotic Millionaires for Fiscal Strength to deliver 50,000 petition signatures calling on Congress to stand up for working families and allow high-income tax cuts to expire.

The overall movement here is called Agenda Project. Founder Erica Payne said that there are only 375,000 people in the entire country who make more than $1 million a year. She said, “They pay lower taxes now than they have for most of the last 80 years. Given the financial situation our country faces,” said Payne, “it is grossly irresponsible to let these millionaires pay less than their fair share.” President Obama deserves a lot of heat over this one.

A local resident shot back her own share of heat in a conversation with Congressman Buck McKeon’s office. Susan Kirk of Bishop lost her job several months back and relies on unemployment benefits while she searches hard for another job. When she learned that her congressman voted against the extension of unemployment benefits, Ms. Kirk called. The response from someone named Bob was “We believe in personal accountability.” 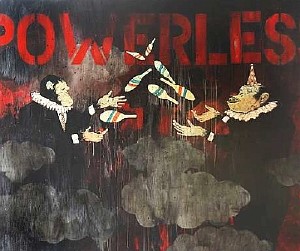 Kirk told the McKeon aide that she thought it was bad that McKeon had not voted for unemployment insurance but would vote for his rich buddies to get richer with tax breaks. Her message did not seem to get through.

Then, the local woman told the aide what she wants – to extend unemployment benefits, cut Congress’s pay by 50% until unemployment drops to 6% and let all tax cuts expire. He didn’t really respond to that either.

With only form letters from Congressman McKeon in response to her pleas, Ms. Kirk said, “I feel powerless.” You put our feelings into words. Thank you.

We work to provide daily news to all of the Eastern Sierra, in the tradition of Eastern Sierra News Service and the Sierra Wave. We bring you daily happenings, local politics, crime, government dealings and fun stuff. Please contact us.
View all posts by News Staff →
Council of Governments deals with energy, common issues
Case of Lupe Almaguer scheduled for Mono court