We’ll start today with the Good Ideas Gone Bad Department. We in the Bureaucrat Beat newsroom do support the policy: No shoes, no shirt, no service. We prefer the civilized, don’t you know. But, as you may have noticed, we do feel rules can go too far. 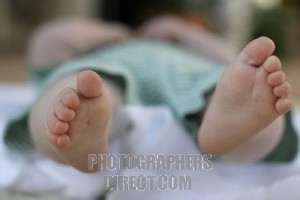 Case in point. At a Burger King in Sunset Hills, Missouri, workers asked Jennifer Frederich to leave the restaurant because her 6-month-old baby had no shoes. Yikes. Even Burger King later apologized for taking the policy to extremes.

Talk about going too far. The online commentary called “Too Much” examines a trend that seems to have pulled the rug out from under our state and many others. Writer Sam Pizzigati says that “The states with the biggest budget gaps just happen to be, for the most part, the states with the widest gaps between the rich and everybody else.”

As time went on from the 50s and 60s, income and wealth concentrated higher up the economic ladder. Those with more money do not want to pay taxes for public services that they don’t use. Americans in the middle have watched their wages sink. Enter tax cuts and less money for government. 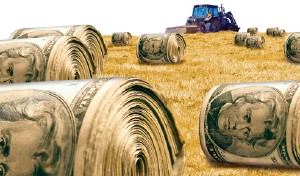 So, now, the Center for Budget and Policy Priorities finds that taxing the very top of the income scale could help close state budget gaps. This Center says, “Nationwide, some $8 billion could be raised if every state with a personal income tax enacted a 1% rate increase on households making more than $500,000 a year.”

Pizzigati writes that many states have the same budget problems as California. He says, “Overall, so far this year, 23 states have slashed programs for the elderly and disabled, 24 have axed aid to public schools and 41 have sliced state worker jobs and benefits. And tens of billions in red ink still remain.” The too few with too much money and not enough taxes, Pizzigati writes, are a big part of the problem. In a world of finite resources, if a very few horde most of the money the rest of us will have less. Makes sense.

Some people need to make more sense. What about the guy at one of those national town halls who said something to the effect of “I don’t want the government involved in my Medicare.” Hello! Medicare is the government. Much as a new 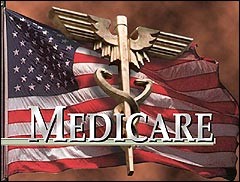 The Commonwealth Fund, a private foundation that promotes better health care, found that “compared to people with private insurance, Medicare enrollees have greater access to care and fewer problems with medical bills.” This study also found that before Medicare, “about one-half of America’s seniors did not have hospital insurance, more than 25% were estimated to go without medical care due to cost concerns and one in three were living in poverty. Today, the study found, nearly all seniors have access to affordable health care and only about 14% are below the poverty line.

A recent survey shows that 79% support extending Medicare to those aged 55. It doesn’t take an Alice in Wonderland imagination to extend Medicare to the even younger. Why don’t the fear mongers look for ways to do that instead of defending the profits of the insurance industry?

Stan Smith of Bishop has raised some good questions. What happened to the banners hung over 395 to clue in visitors and locals to special events? We think we know the answer. Caltrans became paranoid of lawsuits if a banner fell on someone.

Stan wanted to thank DWP for the new chainlink highway billboards that do allow posting of local event banners.

One more local note. The Mono County Grand Jury said in its report that in late 2008 the Mammoth Town Council decided that the activities conducted through the Bear-With-Us organization were “not sufficient to address the bear problem in town.” We wonder why it took them so long to figure that out?

One more question. What happened to the effective bear education program? It seems to have fallen to some ill-prepared corner of Mammoth as well.

We work to provide daily news to all of the Eastern Sierra, in the tradition of Eastern Sierra News Service and the Sierra Wave. We bring you daily happenings, local politics, crime, government dealings and fun stuff. Please contact us.
View all posts by News Staff →
Small Fire near Warm Springs
Angel’s Mammoth Stunt to Air Wednesday on A&E Network