The Bureaucrat Beat newsroom staff raised their coffee cups high and clicked rims in congratulatory hyperbole. Why, you say? We had just read the Health section of the LA Times and the story that the latest research shows not only is coffee not harmful to your health, it’s likely a tonic! 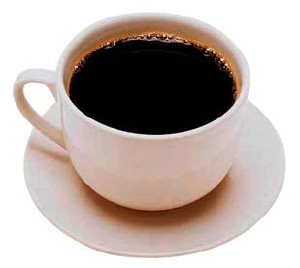 Wow. We needed a piece of good news. According to the Times, lots of new research and the fact that old studies failed to eliminate smokers who drank coffee, led to new information. The Times story says that research shows a cup or so of coffee a day may actually lower the risk of diabetes, heart disease and stroke, liver cancer, cirrhosis of the liver and Parkinson’s disease. Double wow.

Meanwhile, sodas and other sugary drinks have taken a big hit in the press. Seems New York and Maine have proposed big taxes on sugared drinks. It’s all about calories and weight loss. Triple wow.

Now, on to LA politics. Mayor Villaraigosa has nominated a new DWP Commissioner, Thomas S. Sayles, who was recently hired as USC’s vice president of government and

community relations. Sayles has worked as an executive for Sempra Energy and for Rentech, an LA-based alternative fuels company. Okay. He’s an energy business guy. We’ll see how it goes on the DWP Commission.

Hey, what’s a month without a shot at Verizon? We happened to have a question about the newsroom phone bill, so we did what we hate to do. We dialed up Verizon. Yes, we went through the maddening voice menu system. Yes, we finally pushed O and went immediately on hold with insipid computerized muzak, repeating over and over and over for, yes, twenty minutes.

We held on since Verizon had made an error on our bill. Finally, a woman came on the line. We told her we’d been on hold for twenty minutes. She said matter-of-factly, “Yes, well, Mondays are very busy.” Business as usual at Verizon.

A friend of Bureaucrat Beat made a suggestion for Caltrans, also known around town as the Cement Nazis. Caltrans took down our trees at the Bureaucrat Beat Newsroom South, insisted on sidewalks and moved the highway to just outside our door. We had to put up a wall for protection, privacy and sound-muffling. Our friend suggested that we insist Caltrans paint a mural on the inside of our wall – a scene of the view of the Sierra we could no longer see. We’ll think about it. Thanks, friend. 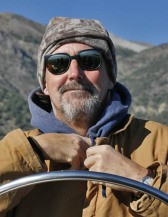 Meanwhile, at Mono Lake, Captain Tom Crowe of Mono Lake Boat Tours has splashed across his website that the State of California and the mono Lake Committee have forced him out of business. Crowe says the State Parks System refused to issue an operating permit to him for 2009. Crowe claims he has had to “nearly beg every year to have his permit renewed.”

We have a call in to State Parks for their explanation.

Who will explain the fact that frequently soldiers do not have enough time to return ballots to vote in elections? According to news reports, Senator Charles Schumer, Chairman of the Senate Rules and Administration Committee, said that a new study shows that the “balloting process for service members is clearly in need of an overhaul.”

A survey of election offices in seven states revealed that of 441,000 absentee ballots requested by eligible voters living abroad – mainly active-duty and reserve troops – more than 98,000 were “lost” ballots that were mailed out but never received by election officials. Senator Schumer said that there is a chronic problem of military voters being sent a ballot without sufficient time to complete it and send it back. Hey. How about a little consideration for the guys with their lives on the line!

We work to provide daily news to all of the Eastern Sierra, in the tradition of Eastern Sierra News Service and the Sierra Wave. We bring you daily happenings, local politics, crime, government dealings and fun stuff. Please contact us.
View all posts by News Staff →
Tioga Pass Now Open
Inyo-Mono Law Enforcement Make Drug Arrests