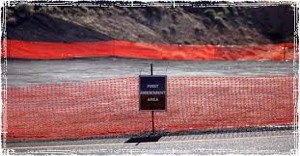 We in the Bureaucrat Beat newsroom wonder how many problems have been solved over a few beers.  Take the President.  He invited more than one controversial figure to join him in the Rose garden for a brew, and it actually seemed to help calm the waters and improve communication.  After all, in vino veritas.

So we were glad to hear that some of the primaries in the Inyo water issues sat down together recently at a local pub to click glasses.  Water Director Bob Harrington, Rancher Mark Lacey, Sierra Club’s Mark Bagley and former Ag Commissioner George Milovich.  Sometimes these people stand at loggerheads but not that evening.  As Harrington said, “It’s good to talk to people.”

How true.  So when the eight Mammoth Town Council candidates talked to people the other night, they did their best to comment on issues and handle probable jitters speaking in front of a crowd.  There were some who ridiculed their performance.  We in the Bureaucrat Beat Newsroom see things differently.  These are people who got up out of their living rooms and actually filed to run for office.  They have reasons for their attempts at service.  They are not professional politicians.  Let’s give them a chance and the respect we would give a friend.  Then, before you enter the privacy of the voting booth, give careful consideration to the character of the individuals and how you think they might fill the job.

There would be nothing private about Southern California Edison shutting off your air conditioners in July, but there is a program you can sign up for to do just that and save money.  If you are so inclined, you can let Edison have the power to shut off yours and you will get a credit on your bill.  Big Brother comes home.

It was the home and cattle of a Nevada man that got everybody all riled up about grazing fees owed and property rights. BLM set up a “First Amendment Area” to control the protestors.  Even Nevada’s 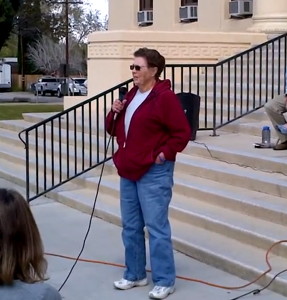 Governor said BLM went too far. Okay, you can put cattle in a corral but humans who want to express their rights of free speech?!  I don’t think so.

Nevada Governor Brian Sandoval said,  “No cow justifies the atmosphere of intimidation which currently exists or the limitation of constitutional rights that are sacred to all Nevadans.”  Sandoval advised BLM needed to “reconsider its approach.”  Apparently they did.  It all quieted down.  Cooler heads prevailed.

Martin Kleinbard of Mammoth asked a cool-headed question.  In a somewhat heated discussion about ORMAT’s plan to drill up to 16 new geothermal wells in Mammoth, Water District officials warned that these plans could jeopardize the town water supply.  They want a monitoring and mitigation plan.  Kleinbard wanted to know if DWP would be affected since LA tried to take all of Mammoth’s water rights last year.  One official said if DWP was more aware of the issue, they might say something about it but have too many other things on their plate.  Ooookay.

Owens Valley Rancher Daris Moxley jumped onto DWP’s plate at a recent press conference about DWP’s solar project.  She warned those present not to believe any DWP promise.  “We have a Long Term Water Agreement that says they have to maintain the Valley as it was in 1981 and 82,” said Moxley.  “They are drying up the Valley and we’re not getting the water they owe us.”  She said it only happens with DWP in court.

Inyo County Counsel Marge Kemp-Williams said she would not let the issue of LA’s City Charter rest.  She said DWP likes to use it “like a shield of some sort” when in fact there are legal obligations in the Long Term Water Agreement.  And, so it goes.

We work to provide daily news to all of the Eastern Sierra, in the tradition of Eastern Sierra News Service and the Sierra Wave. We bring you daily happenings, local politics, crime, government dealings and fun stuff. Please contact us.
View all posts by News Staff →
Bishop Police find cause to charge local woman with embezzlement
New police academy grads
39 Comments
Newest
Oldest Most Voted
Inline Feedbacks
View all comments

Now he’s a deadbeat and a liar. Not a dude I’d stand behind against out government.

If you were a woman, you would be standing in front of him.

And the story just keeps getting uglier and uglier…

Now he’s shown he’s a deadbeat, a liar and a racist.

If you listened to all his words and not the medias excerpts of his words you would know he’s not a racist. He’s just not articulate enough in modern PC’isms to attempt to nuance his way through the minefield of race in modern America. The World needs a pandemic more… Read more »

It’s all DT’s fault: http://www.bbc.com/news/blogs-echochambers-27044823 “March 1993: The Washington Post publishes a story about the federal government’s efforts to protect the desert tortoise in Nevada. Near Las Vegas, the Bureau of Land Management designated hundreds of thousands of acres of federal land for strict conservation efforts. “Among the conservation measures… Read more »

“If you are so inclined, you can let Edison have the power to shut off yours and you will get a credit on your bill. Big Brother comes home.” Nonsense. Agreeing to save power is not an instance of oppression by Big Brother. It is a simple agreement with SCE.… Read more »

I have read 1984 and – news flash, Ken – other people have the freedom to express their opinions.
Benett Kessler

I didn’t say you could not express your opinion. I only pointed out that your comparison of a voluntary agreement between a customer of SCE and SCE with the total oppression of IngSoc characterised in “1984” and embodied by the idea of “Big Brother” was simply off the mark.

In your world, Ken. I guess you don’t share my creative imagination. Have some respect for other peoples’ realities and maybe they will respect yours.
Benett Kessler

Regarding free speech and protest rights, how about the protesters showing up with firearms as we saw in Nevada? Is that protected free speech or armed intimidation? I think that is a legitimate question. Is a nation obliged to condone an armed mob or does it have an obligation to… Read more »

Good point. Violation of laws is not expression of Constitutional rights. But none of this legitimizes a “First Amendment Area”.
BK

And neither is standing on a street corner holding a sign that says “Undocumented and Unafraid.

Carrying fireams to a protest is not a peaceful protest and is not protected by our Constitution.

Nobody said it did. My point was a bureaucracy resorting to coraling off a “First Amendment Area”.
Benett Kessler

DT, The BLM is now trying the same thing in Texas. That will not end well for the BLM. Texas is sayin Molon Labe.

DT, the gov’t carries arms to every protest they decide to attend.

“When governments fear the people, there is liberty. When the people fear the government, there is tyranny. The strongest reason for the people to retain the right to keep and bear arms is, as a last resort, to protect themselves against tyranny in government.”

I think your statement supports keeping our LEO in check, that’s what it means. It’s exactly the reason why we can’t let LEO stop people who they think are ‘misbehaving’ based on looks, where they’re at, or where they’re going etc., instead of having a legitimate reason to stop someone.… Read more »

Reality, you just made my top ten comments of the year. Well, you and Mr. Jefferson.

Trouble, 4 out of 5 Supreme Court Justices agree with you on phone tips. Scalia really agrees with you. It was very close.

SCOTUS upheld the right for law enforcement to pull over a vehicle based on a 911 call alone. No 4th Amendment violation.

Thanks for the correction Charles. I should have said the decision was 4 to 5.

Here is were your rationale failes miserably. We elect our government and the legislators who write, debate and vote on the laws we live by ultimately answer to us at election day. By definition those laws are not tyranny. They represent more or less the will of the majority of… Read more »

I believe Reality Check referred to the crowds who were unarmed and protesting BLM.
BK

DT, Hitler was elected, so by your logic everything he did was legal, ethical and moral. The German Supreme Court ruled that his treatment of the Jews was legal. Nice try DT. The constiution is the ultimate authority, not the temporary holder of offiice and unelected officials who ordered massive… Read more »

Sounds good, but it’s nonsense Reality Check, Thomas Jefferson made that statement before USA would spend billions and billions of dollars bloating our military and turning our country into a police state, If you really think you or some militia can compete against a drone, you lost you mind….. Also… Read more »

Ag Pro, My answer is Viet Nam, Iraq, Afganistan. How did that work out for us fighting the local populations?

No way DT! Most legislation nowadays does NOT reflect what the majority of Americans feel, FACT! What legislation that is made up falls in line with the lobbyists, and corporate puppets point of view, FACT! Our country is heading down the drain, the most important constitutional amendment today is the… Read more »

DT, 200 BLM rangers, armed with assult rifles and snipers showed up to collect some cows over an unpaid grazing bill from an old rancher and his family. They tasered, asaulted and used dogs on people protesting in the middle of the desert violating their first amendment rights. The last… Read more »

There may have been armed protestors, but the videos I saw were protestors alongside the road with only camera phones – no weapons. The BLM agents attacked them with dogs and tasers.
BK

Benett, Perhaps the videos shot by the protesters did not show armed citizens. There were however many photos that documented armed protesters in the area including one that shows a sniper behind the cover of a k-rail with his rifle aimed towards the feds. While I don’t agree entirely with… Read more »

attacked them with dogs? I did not see the dogs off leash in any of the video – did you? could it be more accurate that the dogs were for defense? is defense the same as “attack”?

I suppose if a dog bites unarmed people on a protest line that’s a problem. As one dog went after a protestor, he kicked at the dog and
the BLM agent then tasered the man. All an unfortunate chain of events. BK

Desert Tortoise, once again you fabricate your own reality that simply does not exist in the real world. Here is the entire video of the event in question. None of the protesters were armed. None of them posed a threat to BLM. The BLM Rangers finally realized they were using… Read more »

Try that same stunt in the inner-city and you’ll be considered armed gang members and be dealt with accordingly by law enforcement. Those misguided “freedom fighters” are lucky they weren’t annihilated. But I was glad to see the feds use better judgment and de-escalate the confrontation. I’m not under any… Read more »