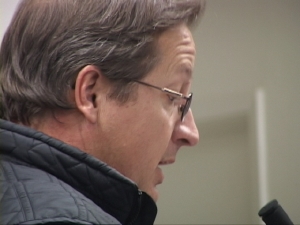 Citizens do, from time to time, grow severely frustrated when they see locally elected bodies who hire consultants to tell them what to do. Tom Cage of Mammoth Lakes was one of the frustrated when he stood up to comment on the Mammoth Town Council and the consultant they hired to tell them which town services to turn into outside contracts. After the consultant’s presentation, Cage said, “This was like hiring someone to analyze your watch and they tell you what time it is.” The consultant cost Mammoth $9500.

“I hope you will not spend any more with this firm,” snapped Cage. He pointed out that the Town has the Council, the staff, the Mono CAO and the inside know about Mammoth’s uniqueness. They can figure these things out themselves. Cage, who does sit on the Mammoth Community Water Board said he’s proud of their staff and, “We hire very few consultants.”

The federal government has gone overboard on contracts. An independent, non-profit group that investigates government, called Project on Government Oversight, found that the federal government is paying “a significant cost premium to have contractors perform services that federal employees are more than competent to perform.” This group says legislative attempts to minimize contract costs have failed. Now, that’s not to say the Town of Mammoth couldn’t pull it off, but be careful, Council!

New Mammoth Town Attorney Andrew Morris will likely be super careful. He comes on the scene at a highly sensitive 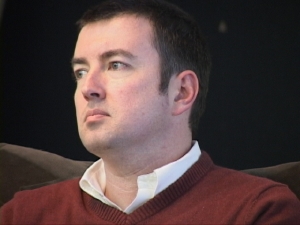 legal point. At his first Town Council meeting, Morris thanked the officials for hiring him. Then, he said former Town Attorney Peter Tracy told him “Mammoth is an adventure.” Councilman John Eastman corrected him and said Tracy actually said, “Mammoth is a tough town.” Amen to that. Best of luck to Mr. Morris.

Speaking of lawyers, here’s another City of Bell OMG story. Seems three officials, some current, some past, want the City to pay for their legal bills in corruption cases brought by the State and City of LA. Okay, they might be innocent, but the City of Bell sits on the brink of bankruptcy. The council members are accused of earning about $100,000 each per year for attending meetings that only lasted a few minutes.

The Tucson, Arizona, shooting made us all very sad. We did, however, like what Pima County Sheriff Clarence Dupnik had to say. As a seasoned law man, Sheriff Dupnik believes the ugly hate talk that goes on from certain politicians and media can influence mentally unbalanced people like the shooting suspect. He pointed to “all the vitriol that we hear inflaming the American public by people who make a living off of doing that. That may be free speech,” said Sheriff Dupnik, “but it’s not without consequences.”

In earlier months, Congresswoman Gifford had asked for more balanced, thoughtful public rhetoric. She pointed to a map created by Sarah Palin that showed gun cross hairs over her district and those of other representatives. Many now say Palin went too far. Let’s face it, hate does lead to violence, and that’s not what America is about. Respectful dialogue does the job.

Supreme Court Justice Antonin Scalia should develop some respect for separation of powers. Seems that he accepted an invitation from Congresswoman Michele Bachmann, founder of the House’s Tea Party Caucus, to speak to incoming House members about the Constitution. This smacks of political influence where it does not belong. The new members of Congress can read the Constitution for themselves. A law professor at George Washington University said Justice Scalia’s meeting “suggests an alliance between the conservative members of the court and the conservative members of Congress.” The high court, said the professor, could become “overly politicized.” As if we don’t have enough of that already. Hey, free thinkers out there, get busy!!

We work to provide daily news to all of the Eastern Sierra, in the tradition of Eastern Sierra News Service and the Sierra Wave. We bring you daily happenings, local politics, crime, government dealings and fun stuff. Please contact us.
View all posts by News Staff →
Officials to meet this week over Alpers Trout loss
City of Bishop goes with a $1 milliion street project