Ever notice how fast time flies by. Seems like only yesterday it was the Fourth of July. Now, two weeks have zoomed through our lives like a moment’s whisper. Sometimes it seems the years move the same way. We in the Bureaucrat Beat newsroom feel nostalgic. Many of us grew up watching the CBS Evening News. At the end of the newscast,in our living rooms, we all said, “Good night, Walter.” He gave us the news and we felt like he was our friend.

Many far more knowledgeable than our newsroom have spoken about the remarkable Walter Cronkite who died on Friday. We will only make note of one comment by Cronkite, who said that those in the news business have an obligation to tell people what they need to know, not what they want to know. Cronkite said this is what makes a democracy work. He also noted that television news has failed in its duties. Something serious to ponder.

Along those lines, Someone reminded us of the Public Figure Doctrine the other day. It’s a generally accepted legal precedent that applies to all public officials. This means that the news or anyone can publicly state facts, even private ones, to let the people know what the officials are about. Revealing statements can be made as long as they are without malice. The deep background on this policy – public officials have the power to seriously impact the lives of the people. They have to personally meet a higher standard of transparency. This policy evolved out of libel and slander laws. One court case said, “The First Amendment protects open and robust debate on public issues even when such debate includes vehement, caustic, unpleasantly sharp attacks on government and public officials.”

That said, let us mention the recent Standing Committee meeting of Inyo and Los Angeles officials. A citizen brought up 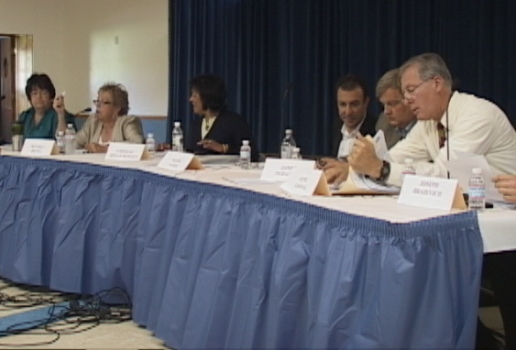 DWP’s imminent purchase of 100 acres. The citizen, Scott Palamar, had raised concerns about DWP acquiring more land since the agency already has a lock on Owens Valley towns. Palamar pointed to the Inyo General Plan policy of maintaining the amount of private land or expanding it. Supervisor Linda Arcularius said only that the Inyo Supervisors didn’t want to mess with the 100-acre private land deal. That was not the point. The point was the sorry lack of privately-owned land for any bit of growth in Inyo. For whatever reason, the Inyo Supervisors just can not bring themselves to face the fact that their communities suffer from LA dominance.

Another local instance of the Public Figure Doctrine – Mammoth’s police chief and his department. When the public raises issues of serious concern, the news has an obligation to look and to ask. It’s not personal.

On a much lighter note, Starbucks proclaimed it would burst the dominance bubble that coffee has on its business plan. Seems that the Seattle-based coffee chain will change the name of one of its existing stores in its hometown to one that reflects the neighborhood location. Starbucks will call the store 15th Avenue Coffee and Tea. A name that does not disclose that in fact they will also sell wine and beer. Hey, times are hard for everybody. Even the coffee giants have to change their ways in search of customers.

We’ve tried to change our ways from time to time. Let’s face it, a newsroom is an irreverent place at times. Rude jokes, sarcasms, even (heaven-forbid) swearing. Sometimes the pressure of a daily deadline forces bad words out of our lips. Now we find that science says, “Swearing is a common response to pain.” Okay. So, we’re normal after all.

A new study suggests that curse words may actually make it easier to bear discomfort. Research has now linked the uttering of an expletive to the actual physical experience of pain. Listen to this. Richard Stephens of Keele University in England helped compile the new study. He is quoted as saying, “Swearing has been around for centuries and is an almost universal human linguistic phenomenon. It taps into emotional brain centers and appears to arise in the right brain, whereas most language production occurs in the left cerebral hemisphere of the brain.” Cool. Swearing isn’t really talking but emoting. We knew that.

And with that, this is Benett Kessler, signing off for Bureaucrat Beat where we await your word on our lives in the Eastern Sierra and beyond.

We work to provide daily news to all of the Eastern Sierra, in the tradition of Eastern Sierra News Service and the Sierra Wave. We bring you daily happenings, local politics, crime, government dealings and fun stuff. Please contact us.
View all posts by News Staff →
Forks Fire Bows Down to Weather and Fire Crews
Bishop Grove Street Project Continues