Let’s go Hollywood today. Escape bureaucracy and slip into creative craziness. How about this. HBO will produce a 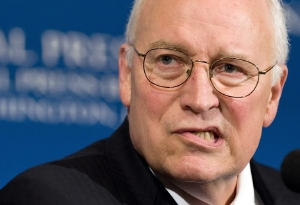 miniseries about former Vice President Dick Cheney. Spokesmen say they will base the shows on the PBS “Frontline” documentary on Cheney called “The Dark Side.” Yikes.

Desperate for material? We’ve seen all of his sinister side that we care to see.

HBO “Big Love” fans freaked at the finale in which Bill Henrickson meets an untimely end. The fascinating foray into polygamy, produced in part by Tom Hanks, drew a big crowd of viewers. The show’s characters wound through relevant human relation antics common to all. You know, like jealousy, fear, anger, love, hate, etc.

Other glitzy moments before we move on to the bureaucratic stuff. The filming of “The Hobbit” will get underway in New Zealand. No, the earthquakes did no harm but an actors’ boycott, ulcer surgery and other complications delayed filming of two more editions of “Lord of the Rings” stories.

Skepticism reigns over news that AT&T wants to buy T-Mobile. Of course, the corporate suits say this will only mean better service. Considering how they handled the purchase of Alltell here in Inyo-Mono, we have grave doubts. News about other countries’ cell service says the fact that they maintain lots of competition leads to much lower rates and better service. This seems reasonable. News reports say that the Obama administration now faces pressure to reject the AT&T deal. Come on, Mr. President, find out what’s really right for us.

The bureaucrats, however, can not rule over everything. Movie theater popcorn for one. The lead in a Los Angeles Times story says, “Theater owners to the FDA: Don’t mess with our popcorn.” 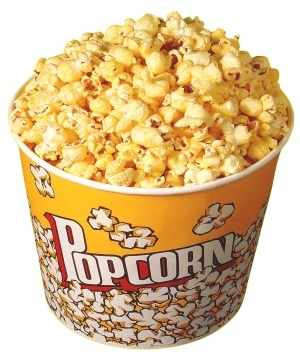 The Food and Drug Administration, having nothing else to do, turned to popcorn and proposed federal rules that could require them to disclose the calories in their concession food. Apparently theater owners make a buttery good profit on popcorn. Hey, we all know it’s not low cal, but whatever. I guess if we’re reminded that a tub of popcorn adds nearly 1500 calories to our day, we might say no. The LA Times says a large popcorn equals about three McDonald’s Big Macs in calorie intake. I’d rather chomp on the popcorn, thanks. The article does say that some theaters use canola oil and their big pots of yummy popcorn claim just about 900 calories. The FDA has an eye on the enormous obesity problem in the U.S. Watch out, popcorn!

The FDA did not act so tough with caffeinated beer beverages. The agency issued a statement last November that called the drinks “adulterated, unsafe and illegal” but did not ban them. A self-righteous slap on the cheek with a wet hanky. The California Senate will go for a real slap. A bill now goes through the paces that would restrict the import, production and sale of caffeinated beer beverages. Spokesmen say the caffeine masks the beer intoxication and, well, you know, people go slightly crazy.

While we’re on the subject of food, the California Assembly has moved along a bill that would ban possession, sale and distribution of shark fins in California. The author of the bill says it would halt the slaughter of millions of sharks each year and an upset to the ecosystem. Shark fin soup sells as a Chinese delicacy thought to enhance sexual potency. Try Viagra. Leave the sharks alone.

No one had to be alone the night of the terrible Big Pine Fire. Our Gigi Van der Riet was on scene that night and passed along some great stories. A Mustang Mesa resident took in displaced friends from Big Pine overnight when they were evacuated. That included three St. Bernards, two small dogs, two birds, one iguana and 19 cats! Then there was the luck factor. One house right in the middle of the fire ravaged area stood completely unscathed. structures were burned all around that one house. The resident said it was her birthday, must be her lucky day and maybe she should buy a lotto ticket.

We heard a lot of great things about Inyo Sheriff Bill Lutze and how he personally stayed on scene at the evacuation center and many other places. He has the wonderful capacity to empathize with people and comfort them with the truth. Others praised by evacuees: Inyo Health & Human Services, Animal Control, Lions Club, Red Cross, Salvation Army. Sometimes it takes tragedy to see and feel the love.

We work to provide daily news to all of the Eastern Sierra, in the tradition of Eastern Sierra News Service and the Sierra Wave. We bring you daily happenings, local politics, crime, government dealings and fun stuff. Please contact us.
View all posts by News Staff →
Hot Creek: Mistakes made, work ahead for Mammoth
News Briefs: severe trimming, pumps running and ski helmets