Note to citizens of the Eastern Sierra: You can have more control over local issues if you push to get your item on a public agenda – Town Council, City Council or Board of Supervisors. A public comment does not cut it. The elected officials can’t even really answer you. Unhappy about things in your town or county? Get aggressive. Manage the public debate your way. Democracy wants you to.

While surfing the net in search of ways to use the Brown Act of open meeting laws, we found sad news. Rich McKee died 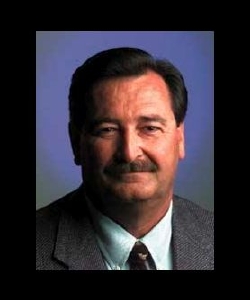 last week. I know, most of you probably never heard of him. He taught chemistry at Pasadena City College. That’s what he did by day, as they say. By night, he was a warrior for free speech. Although not a lawyer, McKee successfully litigated “more open government lawsuits than any member of the State Bar of California.” That’s what one of the obituaries said.

So, what does this mean to you? Well, it was Rich McKee who we called when the Town of Mammoth declined to operate the Wildlife subcommittee according to the Brown Act. McKee examined the facts and gave us his opinion – that Mammoth had violated the Brown Act. We reported on it, and McKee wrote a warning letter to the Town. He was prepared to take it all the way. Wow. He ever charged a nickel. McKee just followed through until the citizens of Mammoth got what he thought they should have – open access to one of the most talked about issues in Town – bears. Thanks, Rich, and we were so sorry we couldn’t find you again.

Incredibly, we just checked out county news in California and found this story. Seems Rich McKee filed a suit in March of last year that alleged that a voting majority of the Tulare Board of Supervisors met for lunch 46 times in 2009, in some cases before key votes. The meals were charged to county credit cards as a business expense. News agencies pointed out that either they talked business, violating the Brown Act or they didn’t. Tulare Superior Court threw out the case. Now, it’s under appeal.

A San Francisco law firm decided they wanted to carry on Rich McKee’s work. Now more than 100 media organizations, including the LA Times, San Francisco Chronicle, Sacramento Bee and Fresno Bee, along with the First Amendment Coalition and dozens of other media have joined in a friend-of-the-court brief. News reports pointed out that Rich McKee never asked for damages, just a promise that the agencies would correct their ill deeds.

Inyo County could use Rich McKee. Citizens, and there are darned few of them at this point, who object to water issues, feel snubbed, patronized and ignored by public officials. 30 years ago, scores of Inyo people stood up at public meetings to object to how both Inyo and the Los Angeles Department of Water and Power dealt with their water and land. Back then, the elected officials didn’t listen. Pretty soon, people told us they felt it was useless to deal with their government. Only a handful still try. Staff members point to the letter of the law and call it good. The Supervisors don’t give them support for anything else.

As we had mentioned earlier, the new Inyo Water Commission showed citizens respected and interest for the first time, well, in a very long time. So, there is always hope.

A local citizen who heard about Mammoth’s new branding and logo, looked at it on our website. She said, “Maybe the Town of Mammoth should use a swan for its logo because if the Town Council keeps spending money like this, it really will be their swan song.” Someone else said, gee, they just fire a bunch of people. Maybe the $100,000 spent on a logo could have paid someone to provide real service. Really, people, we will relay any positive remarks we hear on the logo. Check it out at sierrawave.net.

We work to provide daily news to all of the Eastern Sierra, in the tradition of Eastern Sierra News Service and the Sierra Wave. We bring you daily happenings, local politics, crime, government dealings and fun stuff. Please contact us.
View all posts by News Staff →
Mammoth Hospital building purchase in Bishop raises questions
Four Mammoth Ambasssadors of the Week