Wow. We in the Bureaucrat Beat Newsroom really wished this week that people in the Eastern Sierra could vote in the City 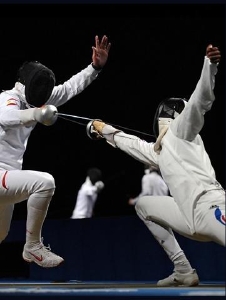 of Los Angeles. Hey, maybe we should since we live amidst LA land and they take our water. Anyway, seems that the LA power brokers will try to put the screws to DWP. Good luck. Two ballot measures would alter the City Charter (something they always tell us they can’t do when it comes the Owens Valley).

So, Charter Amendment I would create an Office of Public Accountability at DWP. Do they carry concealed weapons? The office will cost about a million bucks. Critics say the LA City Council can do the job of holding DWP’s feet to the fire on rate increases, etc.

Charter Amendment J would keep DWP from using the surplus it gives to the city budget each year as a bargaining chip. LA City Council President Eric Garcetti is quoted in the LA Times as saying that Amendment J “prevents the DWP from putting a gun to the head of L.A.” We knew there was a gun in it somewhere.

Hey, LA, if you ever want help to control DWP, give the Owens Valley the right to vote down there. Wait a minute. I guess the big wigs would rather keep us under their thumb and the water quietly flowing south.

Not so quiet – public complaints about the district attorneys in both Mono and Inyo. Our website comments, phone calls and encounters at Vons say they take offense at Mono DA George Booth’s implication that he will interpret the medical marijuana laws differently from Mammoth’s ordinance and the state’s guidelines.

As for Inyo DA Art Maillet – ongoing gripes that he refuses to speak to the public. Most recently, people want to know more about why John Christiana received probation for burning down the Bristlecone Visitors Center. Maybe Maillet should admit he doesn’t know how to talk to reporters and assign the job to someone else in his office. The public pays their salaries and has a right to know about the public justice system. 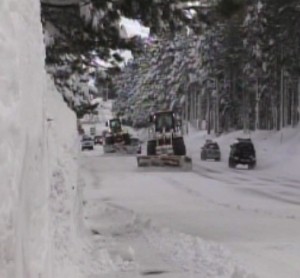 And now for an unusual moment in the Bureaucrat Beat Newsroom. Time to praise Caltrans. Stan Smith wrote in his compliment to the usually berated agency that they did a great job to keep the highways clear during the recent blizzards. Smith wrote, “Deadman Pass, Conway Summit and Devil’s Gate are notorious ugly spots when the snow flies and the ice and slush settle, but Caltrans was out in force and doing a great job. It’s easy to pick on bureaucrats when they mess up,” said Smith, “but this time Caltrans was out cleaning the mess up!!”

What a mess in Mammoth. Some say the Developer Impact Fees still keep development out of town. The developer of the new Mammoth View project – hotel and a few condos – wants serious fee concessions to build his project which would be the first major development to go on in a long, long time. Mammoth View developer Hector Caldera will pay $15,000 for a study to show whether or not the value of his project warrants fewer fees. As Rusty Gregory said, we’re on a long, bumpy road to recovery. Might as well try to help someone build something.

Some comments we heard this week – one of our listeners pointed out that sometimes unions, thought to be champions of the underdogs by some, can cause problems. Or, at least not resolve problems. Sometimes in bureaucratic organizations the people who make the most money and perhaps do not contribute much draw out whistleblowers who then find out that there is an exclusive club of administrators who block correction of problems and unions go right along.

Others have said worse things about unions these days. As more people lose jobs and paychecks, they resent heavy-handed union positions to spend more taxpayer dollars. The other point made to us – it’s still not government workers who cause the worst problems. It’s the ultra rich who horde wayyyyyyy tooooooo much money for the very, very few. After all, there’s just so much money and the guys on Wall Street have gone right back to their same ways with gazillion dollar paychecks and bonuses. The more they have, the less we have.

We work to provide daily news to all of the Eastern Sierra, in the tradition of Eastern Sierra News Service and the Sierra Wave. We bring you daily happenings, local politics, crime, government dealings and fun stuff. Please contact us.
View all posts by News Staff →
Support for school resource officer
MMSA CEO meets with FAA in Washington