The Town of Mammoth Lakes faces a future that may include bankruptcy or a prolonged court fight. The blame game only goes so far and that’s not very far. Maybe officials did make mistakes. Maybe this will amount to a deeply painful lesson learned. The maybes also lie ahead with a decision from the Court of Appeal. As one local man said, “People will still come here to ski.”

All of us in the Eastern Sierra will stand with the people of Mammoth Lakes, come what may. Last week after word surfaced that the Town’s lawyers think a loss may very well come out of the Court of Appeal on the Hot Creek breach of contract lawsuit and the $30 million damage award against Mammoth, Town Manager Rob Clark held a meeting for all Town employees so he could explain the situation. Workers now face real and nervous fears. One official said Clark “didn’t sugar coat anything. He laid out the Town’s options, but said it’s too soon to predict.” 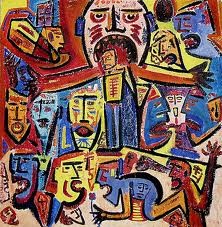 Fear has come to live in many homes these days, like an ugly, rotten smelling intruder that we can’t seem to kick out. Politicians have failed to give fear the bum’s rush, in fact many of them have made it worse with their off the charts nonsense. But, be careful who gets your vote. The folks in Bell, CA, have probably questioned their own wrong votes.

State Controller John Chiang just came out with news that an audit shows officials in the city of Bell used $1 million in money that was supposed to go to affordable housing and street repair to boost their salaries and perks. Listen to this – Chiang says the Bell Brats diverted the money into what he called a “self indulgent slush fund.” OMG!!! 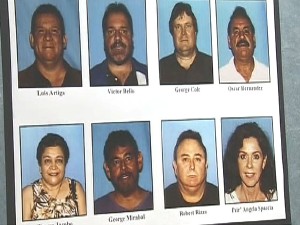 An earlier audit by the Controller’s office showed Bell officials mismanaged more than $50 million in bond money and levied millions of dollars in illegal property taxes. Why did it take so long to blow the whistle on these criminals? Maybe because so many dipped their beaks, as the Mafia would say, into the ill-gotten gains. The Controller added that “eight current and former Bell city officials have been indicted on corruption related charges.”

City officials in Los Angeles perhaps need to lay off more people. Instead, they transferred them to the Department of Water and Power. LA people have begun to complain that now their water rates will go up to pay for these employees who should go somewhere else. An LA Times story earlier this month said that DWP said it can no longer cover much of the retirement cost for the employees it has hired away from other city agencies. Why has DWP done that, you ask? Puzzling.

How about we indict some banks? The San Francisco Chronicle reported that banks make nearly $1.5 million a month in fees by charging California welfare recipients to withdraw their benefits using ATMs and debit cards. This amount has doubled since 2008. The Chronicle story says by the end of this year, estimates are that “more than $38 million will have been transferred from poor families to banks in the form of ATM and debit fees over the past three years.” Triple Good Grief!

The Governor did call for an end to use of welfare debit cards at casinos and cruise ships. That’s kind of like saying we need to stop Medi-Cal on nose jobs. Back to the bank fees. Make them stop! It costs the poor and ultimately it costs all taxpayers. Yeah. The banks are pocketing our tax dollars for no good reason.

We work to provide daily news to all of the Eastern Sierra, in the tradition of Eastern Sierra News Service and the Sierra Wave. We bring you daily happenings, local politics, crime, government dealings and fun stuff. Please contact us.
View all posts by News Staff →
Medical Marijuana Dispensary Applications go to Mammoth Planning Commission
Kathy Cage on Randy Gephart