By News Staff on September 4, 2009 in Bureaucrat Beat

Hard times bring change. Most of us don’t much like change, but when the money’s not there you gotta do it. We hear a fair amount of grumbling from business owners and others who have to search hard for new ways to get by. Some owners continue to make serious sacrifices.

Mammoth Hospital officials are trying to make ends meet and so are their employees. The Hospital Board recently adopted a new Prompt Pay discount of 10% to all patients if they pay in the first 40 days. Some employees pointed out that their previous 25% discount was knocked down to 10%. They said that’s hurting them. Chief Operating Officer Joe Bottom said it was decided that it would be better to have a uniform policy that would apply to all. Northern Inyo Hospital has a uniform policy – it’s a 20% discount.

We can hardly believe that we’re about to say this, but State lawmakers did move ahead in the Senate with a $196 million plan to keep some 700,000 children covered under a government health insurance program for the working poor. The Healthy Families Program will keep going on money from a new tax on insurance companies and federal money. The Assembly is expected to approve this move. Mono County’s State Senator Dave Cox was quoted in the Los Angeles Times as saying that “Sitting on our hands in this situation is not an option for California’s children.” Nicely done.

Meanwhile in So Cal, DWP tried to raise electric rates. The LA City Council sent them back to the drawing board. Any rate hikes will apply to power bills in the Owens Valley. DWP officials say they have to pay for renewable energy sources somehow. Ratepayers don’t want it to be them. The politicos in LA know that. Mayor Villaraigosa promised to make renewable energy 40% of the DWP energy portfolio by 2020. It won’t be cheap.

While some grumble over the Mayor’s energy policy, few have complained about this – Villaraigosa launched a prescription drug discount program for Los Angeles City residents. 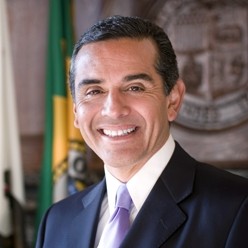 Seems the City contracted with Envision Pharmaceutical Services which will negotiate with drug companies to get lower prices for residents who carry discount cards. Discounts range from 5% to 40% at about 1500 LA pharmacies that are part of Envision’s network. Nice going, Mr. Mayor.

I happen to know a local Eastern Sierra citizen who suggested, several years ago, that officials here look for a way to benefit a large group (that is, all citizens) with special health insurance rates. The idea was a group policy for all citizens. The bureaucrat informed wasn’t interested in pursuing it.

On a national note. The bureaucrats in the Securities and Exchange Commission weren’t interested to really examine what Bernie Madoff was up to. He’s the guy convicted on a major (and we mean billions of dollars major) ponzi scheme. Madoff bilked scores of people. The SEC guys knew things looked weird but decided to take Madoff’s word for it that he knew what he was doing and was just “lucky.” Swell. With bureaucrats like that, who needs enemies?

Then there’s the Post Office. Seems the Postal Service, no longer run by the federal government, has plunged into a deficit as large as $7 billion this year. Yikes.

So, yes, the postal types have come up with a list of possible post office closures. They shaved off some of the originally planned 700 closures down to around 400. We checked the official list and saw none of our Eastern Sierra post offices listed. The postal service has problems with much less use of the post office and the recession, generally. Watch for less service in the future.

Watch for pressure to deliver someone’s head on a platter over the fire in Yosemite. We hear there will be an investigation to determine if someone made a seriously bad calculation to start a prescribed burn in August. We’re hearing from the public that the bureaucrats goofed.

The consequences, perhaps, were not in mind when the fire started. The closure of Highway 120 devastated many Lee Vining businesses. The inability to travel 120 no doubt hurt businesses throughout the Eastern Sierra. In this economic climate, no one can afford that. We’ll continue to ask questions about why it happened and who is responsible.

We work to provide daily news to all of the Eastern Sierra, in the tradition of Eastern Sierra News Service and the Sierra Wave. We bring you daily happenings, local politics, crime, government dealings and fun stuff. Please contact us.
View all posts by News Staff →
Broncos solid again for 2009 season
Mammoth Crossing Project Demonstrates Height