Sometimes our public officials here in the Eastern Sierra do not realize how close they have skated to breaking a law – a violation of the open meeting law, that is. Officials can’t shut people up because they don’t agree with their views. We’ve seen it happen in more than one meeting. 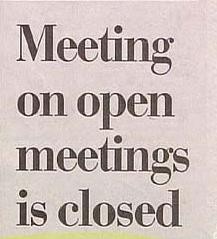 Sometimes it’s subtle and close to the line. The Inyo Supervisors seemed to say that they didn’t want to hear much from the Save Klondike Lake Committee. The Board Chair Bev Brown made condescending remarks to Russ Markman because he expressed firm feelings about his position. Brown was far more polite to DWP Manager Clarence Martin. She made it a point that he had a busy schedule and had to speak early on. Members of the Klondike Committee who asked to speak before they had to leave were told to wait.

The Mammoth Town Council’s push to close up the Wildlife Subcommittee from public view remains an open question and community sore point. It’s tough for officials to build public confidence when they want to keep meetings secret so they can keep out “unruly” people.

Officials can, and sometimes should, set time limits for speakers, but they must legally apply the same time limit to all. First amendment scholar, David L. Hudson, wrote that “government officials may not silence speech because it criticizes them.” Hudson also explained that government officials “may not even silence someone because they consider him a gadfly or a troublemaker.” In one court case in Ohio, a man sued when the City Council threw him out of a meeting for wearing a ninja mask. The Ohio appeals court refused to dismiss the man’s lawsuit.

We in the Bureaucrat Beat newsroom, with nearly 35 years of news reporting, recommend that officials keep uppermost in their minds that they owe their public full disclosure of everything possible – even on topics of an unpleasant or volatile nature. Only the legally approved personnel and lawsuit exceptions should go into closed meetings. Pretty simple, really.

One more thing. Those who screw up their courage to stand up at a public meeting to speak deserve that chance. They didn’t come to hear you, the officials, scold them. 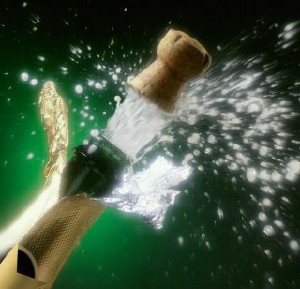 Here’s a relief. CNN reports that “more than 80% of top economists believe that the recession that started almost two years ago is finally over.” Wooo-hooo, bring out the champagne!! No, you say, put the cork back in??? Yeah. The next line in the story says, “But most don’t expect meaningful improvement in jobs, credit or housing for months to come.” The story quotes a survey done by the National Association for Business Economics. This survey found that economists are forecasting “lingering weakness in the labor and housing markets and that the tight credit markets will continue to be a drag on economic growth into next year.” Let’s hang in there.

For those in the media and the public who knocked the President and the Norwegian Nobel Committee for Obama’s Peace Prize, we thought we would read the Nobel press release. We have not heard any of the major media refer to it. We thought you might enjoy the whole picture about the decision. Here is the Nobel Committee’s statement:

The Nobel Peace Prize for 2009

The Norwegian Nobel Committee has decided that the Nobel Peace Prize for 2009 is to be awarded to President Barack Obama for his extraordinary efforts to strengthen international diplomacy and cooperation between peoples. The Committee has attached special importance to Obama’s vision of and work for a world without nuclear weapons.

Obama has as President created a new climate in international politics. Multilateral diplomacy has regained a central

position, with emphasis on the role that the United Nations and other international institutions can play. Dialogue and negotiations are preferred as instruments for resolving even the most difficult international conflicts. The vision of a world free from nuclear arms has powerfully stimulated disarmament and arms control negotiations. Thanks to Obama’s initiative, the USA is now playing a more constructive role in meeting the great climatic challenges the world is confronting. Democracy and human rights are to be strengthened.

Only very rarely has a person to the same extent as Obama captured the world’s attention and given its people hope for a better future. His diplomacy is founded in the concept that those who are to lead the world must do so on the basis of values and attitudes that are shared by the majority of the world’s population.

For 108 years, the Norwegian Nobel Committee has sought to stimulate precisely that international policy and those attitudes for which Obama is now the world’s leading spokesman. The Committee endorses Obama’s appeal that “Now is the time for all of us to take our share of responsibility for a global response to global challenges.”

Something to consider prior to a knee-jerk thumbs down. Our world is in trouble. Old ways of hate and war do not work well now. The Nobel people seem to know that. Theirs is a long and thoughtful tradition. They make their own decisions. Something to ponder as the sun goes down outside the newsroom.

And, with that, this is Benett Kessler, signing off for Bureaucrat Beat where we await your word on our lives in the Eastern Sierra and beyond.

We work to provide daily news to all of the Eastern Sierra, in the tradition of Eastern Sierra News Service and the Sierra Wave. We bring you daily happenings, local politics, crime, government dealings and fun stuff. Please contact us.
View all posts by News Staff →
Judge Cooper Rules on River Case
Mono County Jail Flooded, Inmates Moved