By News Staff on June 24, 2011 in Government Agencies/Utilities 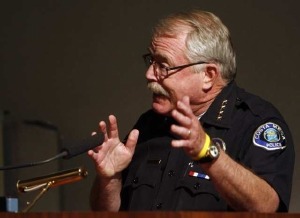 Things are tough in local government these days, but hey, they’re tough in business, too.    As they say, welcome to the crowd, government!  At least some of them drive cars paid for by taxpayers and they still get more health care coverage than the average small business.  But, on the nasty side of city government, here’s another story – Costa Mesa’s police chief abruptly quit and left behind a four-page memo tht accused the city council majority of manufacturing a fiscal crisis to cut the city workforce by nearly half.  Wow.

Closer to home, it may be old news but it’s still timely.  Mammoth Town Councilman John Eastman stated that over two or three years staff balanced the budget with money from a variety of reserve accounts in budgets without Council knowledge.  Eastman said, “after considerable probing, the Council came to realize that some of that reserve money was being used on a one time basis to help balance that particular year’s budget.”  The apparent use of reserves seemed to postpone the inevitable – severe cuts in town jobs and programs to match expenses with revenue.  Oops.

More city unrest.  An Orange County Grand Jury has questioned compensation for top officials in three upscale cities – Laguna Hills, Newport Beach and Laguna Beach.  The three make $379,000 to $343,000.  The Grand Jury found that two cities had more high-paid workers per capita than other cities.  Look out cities, the axe will fall. 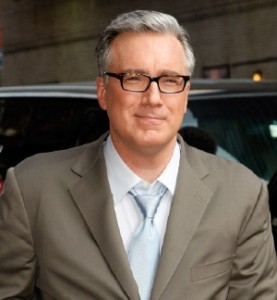 The axe did fall on MSNBC’s Keith Olbermann, the outspoken critic of mostly the right wing, but Olbermann has reincarnated on Current TV – a relatively new network that covers the stories the big guys don’t.  Olbermann debuted this week with his new show on Current TV.  In his show, Olbermann set out his manifesto.  He said his newscast viewpoint is “that the weakest citizen of this country is more important than the strongest corporation, that the nation is losing its independence through the malfeasance of one political party and the timidity of another and that even though you and I should not have to be the last line of defense, apparently we are so we damn well better start being it.” Wow.  More than a few from both sides of the aisle will not disagree with that.

With the way things look on the economy – like walking on a treadmill and afraid to look back to see how nowhere we’re going – a regional economic plan for Inyo-Mono couldn’t hurt.  The Sierra Business Council has a major economic study going.  Their representative here, Vickie Taton, told the Eastern  Sierra Council of Governments that the chance for funding improves when they look at Inyo-Mono as one region.  It was good to FINALLY hear someone say that tourist officials and others from the two counties and cities would get together and look for a way to regionalize efforts.  Provincialism is totally passe!

The Mammoth Town Council got through their interim budget Wednesday night.  There are some potential lay-offs, but the real pain is yet to come.  A settlement with Mammoth Lakes Land Acquisition will likely mean hefty yearly payments.  Officials say actual negotiations will start, probably in early July.  Curiously, some substantial rumors circulated this week that a lawyer form MLLA had quietly called several people in Mammoth to see if they would have any interest in sitting on a focus group to zero in on how to settle the now $41 million debt.  Members of the Town Council said they had not heard that.  What’s up with MLLA playing hide and seek???!!!  Their officials have yet to respond to our questions.

As for the Town dynamics, one local quipped, “At least the Town of Mammoth Lakes will have a new logo to put on its grave.”

With that, this is Benett Kessler  signing off for Bureaucrat Beat where we await your word on our lives in the Eastern Sierra and beyond.

like i said before.. it all “boils” down to PENSIONS