Saw a headline we liked here in the Bureaucrat Beat Newsroom. It said, “Reporting, not cheerleading” – this over a story about the reporting of Bin Laden’s death. It’s a distinction we try to make for the public. News reporters are not in the business to cheerlead for government or anything else. We have to detach, look deep and tell what we know.

Here’s another headline – one that reveals still more corruption by legislators. The headline – “Retirement plan may be audited” tops the story about Salinas Hospital CEO Samuel Downing. A State Assembly panel will consider an audit of this hospital district because it awarded CEO Downing nearly $4 million in retirement payments in addition to his regular $150,000 a year pension. Wow. This guy’s $790,000 salary in 2009 made Downing one of the best paid public employees in the state.

One of the worst parts about DWP issues in the Owens Valley? They way DWP’s presence seems to cause Inyo citizens to go for each other’s throats instead of for the bad guy. That’s LA, by the way. When Mike Prather, Inyo Water Commissioner and supporter of habitat at the Owens Dry Lake, stood up to support the need for habitat water, at least a couple of supervisors treated him with some condescension and pique. They don’t want help for the birds at the dry lake to drain more water from the Owens Valley. Hey, wait a minute, guys. How about we lobby for all of our environment and not play DWP’s divide and conquer game. They are gaming you. You know that, right????!!!

No games, just magic in the new film, “Thor”. Newcomer Chris Hemsworth has quite the screen presence in the lead. Oscar-winner, Natalie Portman also makes him look good. So does 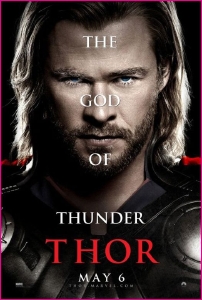 Anthony Hopkins and so does director Kenneth Branagh. We in the Bureaucrat Beat Newsroom have decided we want to see this one. Could be fun. Not exactly the word for Clint Eastwood’s film, “Hereafter” which very artfully deals with the subject of death and where we go when we’ve wrapped it up on earth. Fascinating and beautifully done, Clint.

Not so beautiful, the absurd move by CNN. The alleged king of news actually polled the public with this question: “Do you think Osama Bin Laden is now in hell?” 61% said yes. Come on, CNN, have you given up all of your class and news dignity to slop around with the crazies? Ratings madness!!!!

Try to keep your blood pressure under wraps when you hear the next bit of info. The Fortune 500 ranking of America’s largest corporations just came out. Wal-Mart sits at the top with $16,389,000 in profits for 2010. Their revenues were nearly $422 million. Number two, three and four? All big oil. Exxon with $30.5 million in profits. Chevron with $19 million. ConocoPhillips with $11.3 million. gee how did that make all that money? Off our backs. That’s how. AT&T also raked in almost $20 million in profit. Experts say that the top 5% of the wealthiest Americans own more than half of all the wealth. Too few have too much.

Members of the Mammoth Lakes Contractors Association think the Town wants too much by way of developer impact fees. So much, in fact, that they say these fees drive away building from Mammoth. They want the Town Council to give the DIF the boot. The Council had cut the DIF in half, but before that Mammoth had something like the highest developer impact fees in the nation.

Town officials say they’ve already paid for projects with other money, expecting impact fees to pay back. After Wednesday night’s council meeting, some audibly wondered if the Council has recognized town government as they knew it is no more. A $40 million debt means a life altering change that has not seemed to hit council members yet.

Talk about a no-brainer. Senator Dianne Feinstein now lobbies for state lawmakers to support a bill that would make it illegal for a California prison inmate to possess a cell phone. You mean it’s not illegal now???!! Feinstein says that prisoners use cell phones to conduct illegal activity like drug deals and killings. Swell. The bill on this is currently in legislative limbo. It was put on hold a few weeks ago over fears that it would cost too much money to enforce. What???!!! Doesn’t someone search prisoners on a regular basis for contraband, etc? That’s the time for a phone check. Or, better yet, find a device guards can operate that will ring any cell phone. See? it’s easy. No TV’s either. They were bad, and they need to introspect on that so we can keep them out of jail in the future. Too many prisoners and too much money.