We in the Bureaucrat Beat Newsroom felt somewhat gobsmacked, British slang for shocked, when we read the Friday press 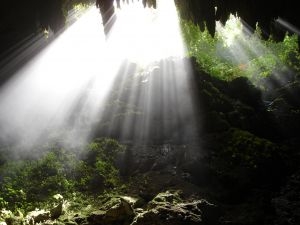 Channeling through the ether to the Owens Valley?

release from the Los Angeles Department of Water and Power. The DWIP clearly hoped the release would dazzle Owens Valleyites before they socked it to us with more groundwater pumping than officialdom here wanted. However, on page 2, we did a double take. The head of water operations, Martin Adams, had actually spent time to issue a denial of a statement in one of Sierra Wave’s stories. Wow. Why bother?!

Anyway, a week or so ago at a Technical Group meeting of Inyo-DWP staffers, DWP Manager Gene Coufal suddenly, as if by method acting, turned into the hurt guilt-tripper who escalated into a patronizing scolder of the Owens Valley, who, how dare they, had suggested LA control its groundwater pumping. To the dismay of those in the room, Coufal accused Inyo of “not respecting the water agreement.” Say what? Then, Coufal said, “I’m not sure if you’re really trying to look at the goals of the agreement.” It was as if he were channeling Inyo County citizens who have wondered that same thing, out loud, about DWP.

Perhaps Coufal had finally become one with the Owens Valley. He felt our pain and he said so, as if it were his own! Where is that list of a dozen DWP agreement violations? Anyway, to kind of come to Coufal’s aid, we quoted his condescending reprimands of Inyo and then quoted someone from the audience who thought maybe he was just spouting the LA party-line of get all the water you can get. So offended was Adams that he brought this up in the press release. Of the statement “Get all the water you can get”, Adams said, “That’s not true.” Gosh, does Mayor Villaraigosa know this? The LA City Council? The people of LA? Why wouldn’t a water agency get all the water it could get? Hummmmm.

One final note, and then we’ll leave the tortured DWP to heal itself. The 22,500 acre feet of water more that LA wants? Guess how much it’s worth? At the going rate we were recently quoted of $650 per acre foot, $14,625,000. No wonder they’ve got the high strikes at headquarters on Hope St. Big hint, Inyo. DWP feels vulnerable.

Or, we can just go to the movies. Summer films about to come out. Plenty of chance to escape politics, bankers, life. What’s your fancy? Another Pirates of the Caribbean? Transformers? Done. A new Woody Allen film, “Midnight in Paris” or how about nostalgia? “Student and Teacher” with, huh? Yep. Tom Hanks and Julia Roberts. Lights down, popcorn in lap and away we go.

Count on lots who will go to the auction of the personal effects of the Unabomber, aka Ted Kozinksi. He got life for the death of many, but the proceeds from the Unabomber artifacts, according to reports, will go to the victims of his crimes. Seems just.

Is it unjust? The way the California Department of Fish and Game kills mountain lions? The group called PEER, Public Employees for Environmental Responsibility went public several weeks ago about what they described as Fish and Game’s inhumane ways to kill predators of Big Horn Sheep, i.e. mountain lions. They described indiscriminate gunshots that left lions to run off and bleed to death, whether they had killed sheep or not. Now, in the Saturday LA Times a story of a different kind – the alleged illegal killing of mountain lions at Tejon Ranch near Gorman. In this case Fish and Game will do the investigating. In the case of the allegations in the Eastern Sierra, apparently no one has investigated. Fish and Game in Sacramento had told us that they did make hunters stop using illegal snares to trap lions before shooting them. We asked about how Fish and Game does conduct predator removal, or shooting of mountain lions, in the Eastern Sierra. No answers so far. The work is never done in the Bureaucrat Beat Newsroom.

With that, this is Benett Kessler signing of for Bureaucrat Beat where we await your word on our lives in the Eastern Sierra and beyond.

We work to provide daily news to all of the Eastern Sierra, in the tradition of Eastern Sierra News Service and the Sierra Wave. We bring you daily happenings, local politics, crime, government dealings and fun stuff. Please contact us.
View all posts by News Staff →
Medical marijuana clarification
Lawyer challenged Inyo DA to file charges against Casteel