One more outrageous story that seems to say that some officials see government as their personal play room where they can spin money anyway they want. One of our listeners sent us a story from the Los Angeles Times about a new report that alleges corruption at CalPERS, the California Public Employees Retirement System, which, by the way, is the nation’s largest public pension fund with $228 billion in assets. The new report alleges that the CalPERS CEO and a former board member turned consultant dove heavily into self-dealing, steering billions of pension funds to politically connected firms for investment.

Former CalPERS CEO Federico Buenrostro Jr. and pension fund board members apparently used pension investments to wheel and deal, which the new report says gained millions in fees for a consultant, Alfred Villalobos, who later hired Buenrostro. You get the picture. Subordinates in CalPERS finally blew the whistle.

Citizens continue to blow the whistle on politicians who can’t hear because they’re too busy yelling bad words about each other. We run into many every week who have grown weary of all the political fights. The two parties could care less about the people. They live to put each other down.

Meanwhile, foreclosures continue in the Eastern Sierra and elsewhere. We want the politicians to shut up, think of us and compete with each other by use of the best ideas to help the public. If you think they will really do this, raise your hand. What, no takers??

Okay. Raise your hand if you find the spelling of Gaddafi’s name irritating. We all see it spelled differently daily. Seems 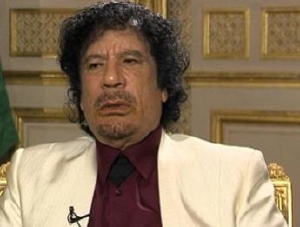 there’s a kind of reason. According to some sources, the man’s name is spelled in Arabic. Then add the Libyan dialect and English translations. Well, it’s confusing. Much like the man.

Citizens Against Government Waste have it going on. They now point to elimination of the National Drug Intelligence Center that duplicates the 19 drug intelligence centers already in existence. The NDIC was part of an earmark back in 1993. Congressman John Murtha, now deceased, wanted the center. The NDIC has no provable value and its employees have been accused of scandals. If Congress gets rid of it, we will save $44 million a year. Do it, already!!

For those who think tough times have come and gone, consider Costa Mesa. Nearly half of city workers received layoff notices last week. Officials have named high pension costs as the culprit.

Now consider this. AT&T wants to buy T-Mobile. Can you hear the screams around the country? AT&T’s takeover of Alltell caused pain, angst, restraining orders and untold stress. They clearly don’t care. So, if you are a T-Mobile customer, here’s fair warning. If it happens, start meditating now and maybe having a small glass of wine at night.

The worse news – if AT&T buys T-Mobile there will be only two dominant providers which means the likelihood of higher rates and fewer choices for consumers. Come on FCC. Get a clue!! Stop the monopolies!

The head of the new Consumer Financial Protection Bureau, Elizabeth Warren, now sustains attacks. Okay. We get it. The powers that be don’t want protection for us. They just want big bucks!! In fact, let’s just call them the Big Bucks Boys. They take bucks from lobbyists, corporations, unions to do what they want. Not what we want. When will it end?