Here’s a headline worthy of note: “Voters pessimistic but not angry.” A new Los Angeles Times/ USC poll shows the public view that California has slipped into a long-term decline. Most think the state has veered off onto the wrong track, and the

Governor grasped support from just one-third of those questioned. The undercurrent of this poll – things went wrong and they won’t go right for quite awhile.

Do you suppose our legislators read the newspaper? If they do, they will find that nearly half of the people feel disappointment in them. Four out of five Californians surveyed said they felt the state was headed down the wrong path. Do they really care? Only if it means they may have to stop the gravy train.

While the politicos stuff bills in their pockets, the people try to mend the holes in theirs. Other surveys show that Americans have given up going to the doctor under hard times. According to the Consumers Union poll, about a quarter of those questioned have put off doctors’ visits, have been unable to afford medical bills or medication, have put off medical procedures and tests, have skipped filling prescriptions.

Other news reports say hard times have cut into going out to dinner, movies, vacations. Not for politicos. They just stick out their hands and mega corporations or their lobbyists fill their palms full of cash. Life for the rest of us will not change until elected officials cut out the pay-offs. 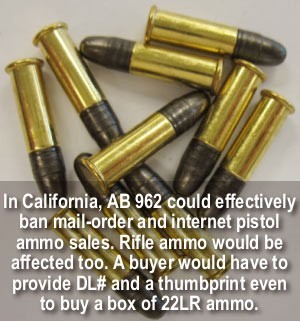 More than a few in the Eastern Sierra said they were disappointed that the Governor signed Assembly Bill 962 which requires people who buy ammunition to be fingerprinted and registered at the time of sale. The bill outlaws mail order ammo purchases too. In spite of outrage by the Attorney General and 15 sheriffs in California, the legislature and governor pushed the bill through. Most of the law enforcement types say this bill will hinder lawful citizens, not criminals. The bureaucrats did it again.

In the now infamous case of the 47 cats seized from a hot, crowded van last July in Inyo County, one Bishop woman says the district attorney should have pursued animal neglect charges against the former owner of the felines. The DA dropped charges when a civil procedure assured the cats would not go back to the same woman.

Marianne Bretell-Vaughn fears the woman, not handled by the court, will repeat the 47 cat nightmare. She writes in a letter about her deep disappointment in Inyo County for “how this whole matter has been handled. I am not alone in my sentiments,” she said. “There has to be another way, and I can only hope that when something like this comes up again that it will be handled very differently. It is time for us to act with our hearts not just our old habits and our pocketbooks.” Bretell-Vaughn points to the suffering of the cats and the some four months they were housed at the Animal Shelter, pending legal action.
Another unfunded mandate? Inyo and Mono county officials try to unravel the legislative language to find out who will now have to monitor groundwater and who will pay for it. Inyo Water Director Bob Harrington said that water districts or other

agencies may do the monitoring. But if not, the counties may have to. Harrington said the new bill spells out that all groundwater basins will be monitored. What about the rumor that the bill will also crack down on over-pumping of groundwater basins? That’s one of the unknowns, according to Harrington. We’re waiting to see how this new law may impact the relationship between Inyo and DWP and the impacts on Mammoth Community Water District. Stay tuned.

We work to provide daily news to all of the Eastern Sierra, in the tradition of Eastern Sierra News Service and the Sierra Wave. We bring you daily happenings, local politics, crime, government dealings and fun stuff. Please contact us.
View all posts by News Staff →
More Views on Police Coverage in Mammoth Lakes
Bishop City Administrator Announces Coming Retirement