By News Staff on December 6, 2010 in Bureaucrat Beat 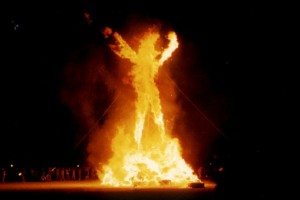 The help for Bureaucrats we heard about this week that we like the most? Mandatory attendance for all bureaucrats at the Burning Man event in the Nevada desert every year.

Some of our local bureaucrats do go to Burning Man which is described as “an experiment in community, radical self-expression, and radical self-reliance. In short, people shed their daily selves and go slightly wild. The soul comes out of its straight jacket and kicks up its heels sometimes in the nude. Short of Burning Man, the bureaucrat may let his soul blossom in a strange land of some other sort. Just a suggestion.

Meanwhile, back in Rigidville, bureaucrats in Washington, D.C. twist and turn under Wikileaks. Their stated angst? The secret documents, available to a reported 600,000 people, make diplomats look silly in their private plots to learn about each other. Maybe our government should get real about what they classify and then truly limit access.

One of our listeners sent us an article about Congressman Buck McKeon from the Center for Public Integrity. The article 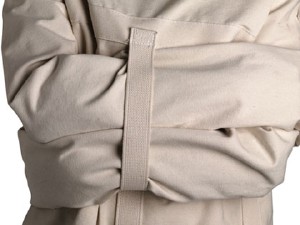 explains the Congressman’s close ties to the defense industry. His district includes several military bases and defense production facilities. Bottom line – these companies give McKeon campaign money. He recommends their products. He opposed Defense Secretary Robert Gates’ proposed military spending cuts, he supports production of the B -2 Stealth Bomber even though the Air Force did not. One of McKeon’s biggest donors, Northrop Grumman, manufactures the B-w in his district. Hey, it’s the way things work in Washington, D.C. and all over the country.

It looks like the City of Bishop does not stand alone in its quest to understand retail needs and growth. In a Newsweek Magazine item on small business, advice from successful entrepreneurs suggested that some stores will always offer cheaper products. Don’t come up against them. Focus on marketing qualities you have that the big guys don’t. In short, play up your strengths. Of course, it helps to have a really good product. 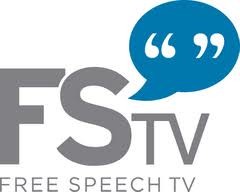 Another listener turned us on to Free Speech TV which is available on satellite television. It’s an independent, non-profit TV station based in Denver, Colorado. Our listener said the show “Democracy Now” offers information the major networks have declined to provide. We in the Bureaucrat Beat Newsroom have often pondered the fact that the big networks never seem to report on what some call the “legalized bribery” system in Washington, D.C.

Maybe the networks keep their hands off because they, too, are owned by mega-corporations that perhaps like to buy a congressman or two when it’s convenient. Too many way too big corporations in charge of our lives.

How do Fish and Game bureaucrats get away with spending $24 to $40 million on a computer system to sell fishing licenses? We are truly puzzled. The Capitol Television News Service to which we now subscribe continues sending dire reports of the $25 billion deficit in Sacramento. Perhaps no one has told the bureaucrats. While we strongly support progress, real progress, was it really necessary to replace the little paper forms for fishing licenses with big, expensive computers to develop a data base? Further disturbing was the Fish and Game man’s comment that no one does business with paper and pencils these days.

Perhaps in these troubled times of loss of houses, jobs, retirements bureaucrats could have more respect for the little people out here. They could show respect by not spending so much of our money on things that are not clearly needed. They could also talk nicer to us.

We work to provide daily news to all of the Eastern Sierra, in the tradition of Eastern Sierra News Service and the Sierra Wave. We bring you daily happenings, local politics, crime, government dealings and fun stuff. Please contact us.
View all posts by News Staff →
Best, Best and Krieger Will Provide Town Attorney Services to Mammoth Lakes
Hot Creek Appeal Arguments Revisited