All right. To those of you out there who do not believe we need health care reform, would you believe Warren Buffett,

billionaire extraordinaire? He told CNBC that he would support the current Senate health care bill, but would prefer another plan that would focus more on the control of what Buffett calls “out of control” health care costs. In a TV interview, the highly respected Buffett compared rising U.S. health care costs to a “tapeworm eating at our economic body” that is “untenable over time.”

According to CBS news blogs, Buffett wants aggressive reform. He said health care costs come close to 17% of the overall Gross Domestic Product. Other countries spend 10% or less. Buffett said America has fewer doctors, nurses and hospital beds per capita than much of the rest of the world. Buffett noted that auto executives have told him that they include $1500 worth of health care costs into the price of every car. By the way, what did the financial guru say about the overall economy? “It’s getting better, but at a very, very slow rate.” Yeah. 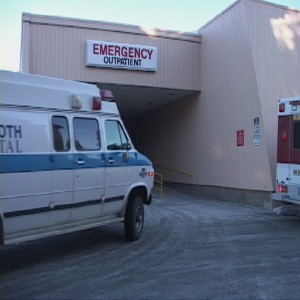 On the subject of health care, or not, here’s a sad story that may have a happy ending. An Alameda, CA, man who went skiing at Mammoth Mountain fell, he told us, and broke his leg at the knee. Very painful. This man called us from the Travel Lodge in Mammoth and said he had been denied care at Mammoth Hospital. He didn’t have health insurance. Hospital officials said they could not comment because of privacy laws. This man, 49-year-old Andre Paspre, told us he had waited a week for surgery at Mammoth Hospital and then at the last minute was told he could not get charity care. Police came and escorted him out with a voucher to stay at a motel. The man was desperate. He couldn’t walk or drive and was in bad pain.

He started to see if he could go to Northern Inyo Hospital. We called Mammoth Hospital. A bit later a social worker from Mammoth Hospital called Andre. Later, he said that three members of the hospital board came and talked to him at the ER waiting room. They offered an ambulance out of town. He said no. They finally said yes to surgery. It was scheduled for this morning. One more victim of our health care system? He’s a self-employed laborer, and can not afford health insurance. Sadly, if you don’t have health insurance, you might not want to hit the slopes.

Here’s some good financial news. Finally, we repeat, finally Congress passed a new federal credit card law that started two weeks ago. Not soon enough. Credit card companies, i.e. banks, have behaved like loan sharks with interest rate tricks. They’re no better than thieves with their secret little games of raising interest and fees every time you hiccup. Well, no more. They now have to play by a new set of rules. They can still raise rates and implement fees but under more strict circumstances in our favor.

On a completely different note, what were the circumstances surrounding the death of a young woman named Patricia

Partin, whose remains were found on the edge of Death Valley in 1998? She was closely associated with famous author Carlos Castaneda, who died right around the same time she did. Lots of speculation over suicide pacts, mystery and magic. No real answers to this day. One of the area’s unsolved mysteries.

We were reminded of that when the Mammoth Police Arrest Log came over the fax machine and right there under arrests was the name – Carlos Castaneda – picked up for drunk in public and vandalism. Of course, not the enigmatic and deceased author, but enough to conjure memories. All of us aging hippies in the Bureaucrat Beat Newsroom read Castaneda way back when. Fascinating stuff about shamans, visions and what Castaneda described as the “non-ordinary reality” beyond how we see things every day.

The mysteries that spell heartbreak for parents all over the country – missing children. Seems a non-profit organization called National Center for Missing and Exploited Children has paid for law enforcement from many counties to receive training to work on missing children cases. Inyo Sheriff Bill Lutze and his Undersheriff Jim Jones headed to Washington, D.C. this week for a 2-day training. Next, local investigators will go for the training. This way, cops up and down the country can work on these cases which frequently cross state lines.

If you liked our representation in Congress the past several years, you’ll love the news that Inyo-Mono Congressman Buck McKeon announced he has officially filed for re-election. Among other issues, McKeon opposes amnesty for immigrants, he opposes the current health care reform proposal. McKeon names competitive insurance rates across state lines and medical malpractice reform as his most important health care issues. Hey, Congressman, what about care for people and outrageous insurance rate increases? He doesn’t want a “government take-over of health care.”

A problem we heard about the Congressman – local constituents wrote to him with very specific questions and concerns. The reply they got was a canned and non-responsive letter. Hello!!!! We are out here and we do have opinions that differ from party lines.

Elsewhere in politics, how about Senator Roy Ashburn’s indiscretions? Alleged drunk driving as he left a gay night club with a special friend. As one of our own in the Bureaucrat Beat Newsroom said, “I guess you have to practically be a sociopath to run for office in the first place.” At the very least, how about an oath to make your political views consistent with your lifestyle. It was Ashburn who badmouthed same sex marriage.

We work to provide daily news to all of the Eastern Sierra, in the tradition of Eastern Sierra News Service and the Sierra Wave. We bring you daily happenings, local politics, crime, government dealings and fun stuff. Please contact us.
View all posts by News Staff →
ICARE Pets Waiting for You
Jill Kinmont Booth School Gives Structure to Young Lives