Many levels of bureaucracy on stage Tuesday in Bridgeport with wealthy corporate types, environmentalists, bureaucrats and people who want jobs all in the same room.

We will read a Letter to the Editor from Janet Carle on the Mono Supervisors meeting with Cougar Gold and their representative Mark Wallace who said if the Wilderness Study Area that covers Bodie does not go away, he will. Here’s the letter:

NO CLARITY FROM COUGAR GOLD

I attended the Cougar Gold Mining Company presentation at the Board of Supervisors meeting last Tuesday in Bridgeport. 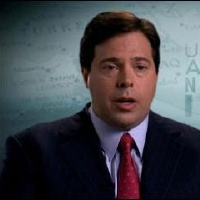 Mark Wallace of Cougar Gold told the crowd he wants the Wilderness Study Areas to go away or he and his money will.

Thanks to Hap Hazard for running a very efficient and respectful meeting, and to all the Supervisors for their thoughtful comments and questions. The bottom line message from Cougar Gold Mining seems to be — we want you to support removing the Wilderness Study Area designation from this area where we want to mine (Paramount Mine/Rough Creek).
Even though we can legally apply to BLM for a mining permit under the existing law, we don’t want to deal with more layers of environmental regulation. If you, Mono County, don’t do this for us, we will take our toys and go home.
An interesting message, especially since Cougar Gold Mining representatives had just proudly shown the audience photos of how they carefully followed environmental regulations during their initial drilling phase.
If you are going to mine in such a special place, it must be done right. Cougar Gold, under grandfathered rights, could submit a plan to the BLM , continue exploratory drilling, and move on to mine development. The mining executives stated they need the CLARITY of knowing they don’t have to work within a Wilderness Study Area , to make the RISK worth it.
I ask Cougar Gold, as I did at the meeting. Where is the clarity for Mono County and the Bodie Hills?
You are not providing any details of size of the mine, mining processes, depth, whether cyanide will be used,will this be an open pit mine, transport of ore, whose communities the trucks will go through, how many jobs, or ANYTHING. You only say the WSA designation needs to go (which only an act of Congress can do) before any more information is provided. You knew when you bought the mining claims in 2004 that the WSA existed– you decided to take the risk. You will probably just turn around and sell your rights, which would become much more valuable if the WSA is removed, to yet another mining company in a long line of companies that have been poking around the old Paramount diggings site for years.
We here in Mono County want to be good stewards of the land, and if mining is going to happen, it had better be done responsibly. Cougar Gold Mining Company needs to be honest and open about their plans and quit acting like a spoiled child, who threatens to leave if they don’t get their way. The health of our landscape, clean air and water, and wildlife shouldn’t be RISKED to a mining company unwilling to provide their own CLARITY.

Clarity. Not too much to ask.

That’s what residents in Bishop wished for when they said Southern California Edison called at 4pm Tuesday night to say that they would shut power off at 5pm and leave it off until 10pm or later. What??!! Crews said they had to fix a transformer that had been “going bad for awhile.” This apparently was not an emergency. One of the homeowners in the area wanted to know why Edison could not have given 24 hours notice or at least more than one hour. Residents couldn’t cook dinner, run heaters or watch TV. Bad form. 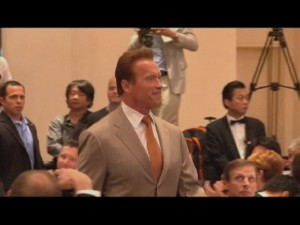 Arnold: from Sacramento to Hollywood.

Into what form will Arnold Schwarzeneggar incarnate next? Not a politician, it seems. According to Twitter, the former Governator will seek film offers in Hollywood. Gee, what roles do you think he’ll go after? Something glitzy. Although it was rumored he would take some environmental job in the Obama Administration, Schwarzeneggar tweets that he’s told Creative Artists Agency, which represents him, that he’s ready for his close up.

Under the No Wonder We’re Broke Department, the LA Times reports that tens of thousands of California state workers have taken advantage of a legal right to tack on five fictitious years, known as air time, to their public service so they can get more retirement money. Gee I wonder who lobbied their socks off to get that into law? Governor Brown has said it’s time to get rid of air time. Please do.

We work to provide daily news to all of the Eastern Sierra, in the tradition of Eastern Sierra News Service and the Sierra Wave. We bring you daily happenings, local politics, crime, government dealings and fun stuff. Please contact us.
View all posts by News Staff →
Mono deputies find methamphetamine in car engine
Rusty Gregory on MMSA, the economy and town debt