If big health insurance companies showed something other than the ethics of street thugs who hurt people, Americans might not want a public health care plan. We in the Bureaucrat Beat newsroom have noticed personally and through many local 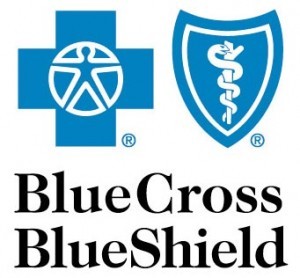 anecdotes that Blue Cross in particular will extort as much money as possible from customers and give out as little as they can. The company also likes to deny less expensive policies to people who have, say, reported a hangnail in the last year or so. Blue Cross and others of its ilk take 30% off the top of all money paid to them for “administrative costs.” Then they do everything possible to never pay any of your premium back when you need it.

A recent New York Times/ CBS poll found that 72% questioned favored government-administered health care plans like Medicare for those under 65. The people want a government-run health plan to compete with private insurers who now behave like monopolies.

Okay. The people want and need this, so what’s the hold up in Congress? Oh, wait a minute. They all have Cadillac health insurance plans paid for by us. They also get cash and perks from the big insurance companies. We say, get over it and give us a plan.

We talked to a highly placed Eastern Sierra official recently about public official behavior. If you’re an official, any official, who makes calls that affect peoples’ lives, you have to be squeaky clean. If you lose your integrity, this official said, you’re almost done. It’s a small-town county. People know who you are and what you do. You have to protect your reputation and integrity by doing what’s right. That’s what positions of power require and that’s what the people demand.

Back to Sacramento. We shouted, Yahoo!!! when we read a recent headline. It said, “Majority of California state senators agree to cut their pay.” Were we dreaming? Oh, wait a minute. The cut? 5% or roughly $6,000 per year per legislator. Hardly the saving grace of the bludgeoned state budget, but helpful. Not all state senators or assemblymen have agreed to this, but many have. Senator Patricia Wiggins of Santa Rosa agreed to surrender her $26,000 state-financed Honda Civic Hybrid and her state-issued gasoline credit card. She will take other cuts, too. Meanwhile, unions note that state workers have taken at least a 10% pay cut, including their furlough days.

Meanwhile, in Inyo County, the water issue drags on and on. Under a long-term water agreement signed in 1997, Inyo and LA were supposed to manage groundwater pumping to protect the Owens Valley. Sadly, they’re still studying how to do that. Though it’s an irritant to Inyo and LA staff, we in the Bureaucrat Beat newsroom happily witnessed two citizens

righteously quiz the water staff people at a meeting. In a process so largely out of public view, we can know that Mark Bagley of the local Sierra Club and Sally Manning, former vegetation expert with the Inyo Water Department, have an eye on things and will try their best to keep it before the public.

The long, arcane process has left the public exhausted and nearly hopeless that they can actively take part in protection of the Valley. Officials have admitted that the current pumping protections don’t work, and that LA may be pumping and exporting water that is not counted.

Any member of the Board of Supervisors who hears this might want to check with the Water Department and see what it would take to really know how much water LA takes on the side.

Finally, a letter on the same water meeting as mentioned above. Daniel Pritchett of the California Native Plant Society warns that Inyo and LA should not turn on wells that were shut off to protect the environment. Here is his letter:

At its June 19 meeting, the Inyo-LA Technical Group (TG) discussed a proposal to grant six new well exemptions (an exempt well can be pumped without regard to its status under the ON/OFF protocol, hence without regard to the environmental impacts it creates). This is noteworthy, because the Inyo County Water Department stated several years ago that the volume of pumping from wells already exempt is so great that it may make water table-based management impossible. Water table-based management, in turn, is the protocol Inyo and LA have been developing for several years to replace the existing, flawed, ON/OFF protocol. The TG is thus considering taking a step which would further undermine its most important task: development of a water table-based management protocol. We respectfully suggest that, rather than granting new exemptions, the TG impose a moratorium on new exemptions until a water table-based management protocol is implemented, and problems with pumping from existing exempt wells have been addressed.

Two of the exemption requests – those from the California Department of Fish and Game (DFG) for the Blackrock Hatchery — were particularly egregious. DFG already has two exempt wells for this hatchery and they are already destroying a large meadow southeast of the 8 Mile ranch. CNPS called attention to this problem several years ago to both DFG and the TG. Neither group has taken any action. Rather than addressing existing problems, DFG seeks authority to create new problems by acquiring new exemptions.

DFG is currently under a court order to bring its entire statewide hatchery operations into compliance with California Environmental Quality Act (CEQA). This is the very law which gave rise to the LTWA, whose requirements DFG now seeks to ignore by requesting the exemptions. The court specifically mentioned impacts of supplying water to hatcheries as one of the subjects DFG must address in the Environmental Impact Report it is ordered to complete. DFG didn’t disclose the existence of this court order to the TG, nor did TG members gave any indication they were aware it. DFG’s request for well exemptions under these circumstances shows contempt for the intent of the court order.

It’s not too late to stop this irresponsible proposal. Please contact the DFG Fisheries Superintendent in Bishop and ask that DFG reduce its already excessive use of groundwater rather than seek new well exemptions under the LTWA. Please contact Inyo County Supervisors and ask that a moratorium on new well exemptions be declared until a water table-based management protocol is implemented and problems from existing exempt wells are addressed.

We work to provide daily news to all of the Eastern Sierra, in the tradition of Eastern Sierra News Service and the Sierra Wave. We bring you daily happenings, local politics, crime, government dealings and fun stuff. Please contact us.
View all posts by News Staff →
Transit Board Talks Out Mission
Hot Creek Lawsuit Leads to Lower Bond Rating for Town of Mammoth