Okay. For those of you with smart phones, as opposed to dullard phones, you know about apps. Applications designed for use on these phones. Apps for art, music, maps, games. You 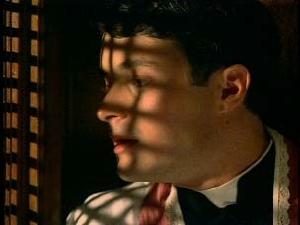 get the picture. We in the Bureaucrat Beat Newsroom like to watch the CBS Sunday Morning show on TV. They aired a segment on apps – millions of them. A $38 billion a year business. Wow. The one that caught our eye – an app for confession. That’s right. No need to go to Catholic Church to admit your sins. Just kneel down with your smart phone and go for it. Well. Not quite. The Church says it’s no substitution for a priest.

The whole apps, technology thing makes it look like one day humans will not take a step outside the front door without an app to tell them how. Apps to wake us up, walk the dog, cross the street, peel potatoes. Kinda nuts.

Speaking of nuts, one small word about Charlie Sheen. The media should not put him on the air anymore. He looks tragic, old for his years, and over the edge. Of course, he can do a web broadcast. No one can stop that folly. As one of our own said, he needs an intervention. Watch out. A Charlie Sheen app has its head over the horizon.

Horizon Air may have a problem. We heard that a local official went to the airport to pick up a relative and had a 45 minute wait for luggage. Ouch. Apparently two planes landed at once and the system stretched out into an annoyance. We won’t like skiers when they’re angry. They won’t like us, either. 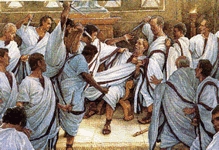 Julius Caesar did not much like the Ides of March – that’s today, March 15th. His friends stabbed him to death at the Roman Senate. Politics were much more direct back in 44 B.C. We have mixed feelings about the ides. Back in 1977, DWP got me and John Heston fired from radio station KINC. We had a news show that throttled DWP’s groundwater pumping and intimidation of us colonials. The station owners told us they had to fire us or DWP would cancel their tower lease. And, thus began our news career. Maybe we should send DWP a check?

Heston called news conference at the Los Angeles Press Club. We appeared with our lawyer and dozens of TV camera, radio and newspaper reporters listened to our story of how LADWP tried to silence the voice of the media in the Owens Valley. We appeared on every evening newscast. DWP took note. Beware the Ides of March. Actually it might have been St. Patricks Day two days later. Beward the Irish, too.

Just a Hollywood side note on the Ides of March. That’s the name of George Clooney’s next film. He’s heavy into it right now. The film looks at a Democratic Governor who campaigns for president. Clooney makes everything look good. He can really act, too.

We can really act to make our lives more real. The horror in Japan does mean something to us. Yes. The tsunami damage to California did add up to more than $50 million. Nothing compared to the source of the quake. The bureaucracy tells us over and over as if a clich that we must be prepared. But, we must be prepared. The faults in California could deliver a deadly punch like in Japan. Inyo Sheriff Bill Lutze said it. Have an emergency kit ready. Food for three or four days. Water. A plan to meet with loved ones. We gotta have it. Do it. Now. Today. All right?

We work to provide daily news to all of the Eastern Sierra, in the tradition of Eastern Sierra News Service and the Sierra Wave. We bring you daily happenings, local politics, crime, government dealings and fun stuff. Please contact us.
View all posts by News Staff →
More comments on Mammoth Airport issues
Tahoe does it, why not Mammoth?