One federal judge called it an example of George Orwell’s “1984”. Scary book if you’ve never read it. Predictions of deep invasion of our lives by government. An Associated Press story heralded the advent of invasion. 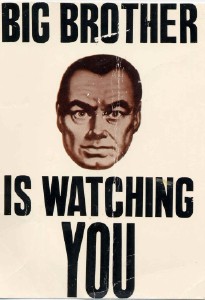 Seems a Middle Eastern man who lives in San Francisco, sells computers and attends college, found an FBI GPS tracking device under his car, or a mechanic did, when he took it in for an oil change. The man posted a picture of the device on line with the question, “What is this?” FBI agents finally came to his door.

The really big question – can law enforcement install surveillance devices without warrants. Judges disagree on this one. One of them said this kind of ability to secretly track people “hands the government the power to track the movements of every one of us, every day of our lives.” Eeegad. Come on, all of us do have expectations of privacy when we drive our cars. Hey, we’re all for catching the bad guys but not at the expense of the freedoms of the rest of us.

For all of you who commented on our website about the switch out of gasoline nozzles so we can no longer brace them open for hands free operation, the deadline was last Friday. We tend to agree with the complainers. The government confirmed 13 cases out of hundreds of thousands in which gasoline sprayed or spilled while customers used the hands free nozzles latches. Oh, well. We’re just news reporters not brilliant bureaucrats.

Speaking of bureaucrats, you know we have subscribed to Capitol Television News Service, so we get daily and current news from our State’s capitol, complete with soundbites from all the muckety mucks. Fascinating stuff. One of the uploads of information said Howard Dean and Sarah Palin would go to Sacramento Friday for an annual speakers’ forum called Perspectives. Gee. I wonder if they will sit together. Or perhaps across from one another so they can glare, toss cigarette butts in one another’s soup, whisper to the person next to them while they look intently at the other. Hey, just because they sit at 180 degrees on just about everything doesn’t mean they’ll behave badly toward one another in public. But, maybe they should. It would be more honest. 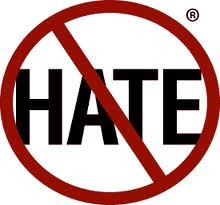 Ben Stein, the TV opinion man on the show Sunday Morning on CBS, came up with a good answer. He called for a Declaration of Conscience and a Pledge Not to Give in to Hate. Here it is:

“We became a great nation because we are an open, loving nation. Most of us believe in a loving God. Whether we are believers or atheists, we believe in the rights of all. We welcome all who respect the rights of every other American. We welcome and respect all who want the same opportunities and legal protections for all Americans.

“We are a busy people, we Americans – rebuilding our economy, defending ourselves, educating our children. We are far too busy to hate. We will not preach hate, sell hate, try to get elected by hate. We will follow our forefathers’ example and only stoop to hate those who try to kill us. For those within our borders, unless they preach hate, our motto is always “Love thy neighbor.” We can and we will disagree about almost everything, but we will not do it in a spirit of hatred based on religion or race or sexual orientation or wealth or poverty.

“If our enemies want to live by hate, that is their loss. But we are not going to imitate their hatred. We live by love of our fellow man, and they will not stop us.” – Ben Stein, TV commentator. We don’t often agree with him, but on this we’re with you, Ben, 100%. We have become weary of the hate out there.

It is not with hate, but duty that we continue to present what the Koch Brothers do. They are the ultra wealthy pair who own an industry that includes oil refineries, pipelines and many other businesses. Their annual revenues equal one hundred billion dollars. A group called Consumer Watchdog recently reported that Koch Industries is a “major polluter and the principle funder of climate change deniers and the tea party. Recently, Koch made a $1 million contribution to California’s Proposition 23, which would roll back the most comprehensive greenhouse gas emission s law in the nation.”

We base a lot of our votes on the propositions according to who supports them and who opposes them. The Koch brothers seem like guys who use their billions to make sure there are no regulations on their business. That’s not a good enough motive for us in the Bureaucrat Beat Newsroom.

We work to provide daily news to all of the Eastern Sierra, in the tradition of Eastern Sierra News Service and the Sierra Wave. We bring you daily happenings, local politics, crime, government dealings and fun stuff. Please contact us.
View all posts by News Staff →
Foreclosures: Here and Everywhere
The Criticism and Praise on New Project at Paradise