By News Staff on November 20, 2013 in Government Agencies/Utilities

On the evening of Tuesday, November 19, 2013, at approximately 7:40pm, Mono County Sheriff’s Dispatch was contacted by the California Highway Patrol (CHP) hotline reporting a male parked outside the Bridgeport CHP Office that needed paramedics for an unknown medical issue. 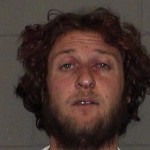 Mono County Sheriff’s Deputies, with the assistance of the California Highway Patrol (CHP), Mono County Paramedics, and the Bridgeport Fire Department, responded to the 74800 Block of Highway 395 in Bridgeport in front of the CHP Office. Deputies, and other responders, located the male victim, John Peabody, age 66, of Plymouth, CA, in the driver’s seat of his vehicle, covered in blood, with multiple stab wounds to his head, face, and arms.

Upon initial investigation, it was determined that there was some type of altercation between Mr. Peabody and Mr. Travis Christian, age 27, of Bridgeport, CA, who was working as the night manager at the Big Meadow Lodge, in Bridgeport. During the altercation, it is believed that Mr. Christian began beating and stabbing Mr. Peabody in the head and face.

A guest staying at the lodge heard the altercation, and Mr. Peabody yelling for help, and assisted Mr. Peabody, allowing him to drive to the CHP Office to get help. Mr. Christian was subsequently located by Sheriff’s Deputies and placed under arrest without incident.

Sorry folks, I don’t mean to bash the beloved Law Enforcement agencies, But this is the type of stuff I watch https://www.youtube.com/watch?v=5Jz7JRLuYJM
…and agree with..

Thanks for that JeremiahJoseph. I hadn’t realized how much arresting a man for stabbing someone repeatedly in the face was just “The Man” keeping people down.

You welcome Bob, anytime the Law beats it’s chest about justifying its presence, I like to point out where it’s presence does no good except justifying the next years budget…

I wanted to chime in here, I was working…

As we stated earlier. Let justice take its course. No more comments on this.
Benett Kessler

It’s all about money. How much justice can you afford?

“Justice, however, never was in reality administered gratis in any country. Lawyers and attornies, at least, must always be paid by the parties; and, if they were not, they would perform their duty still worse than they actually perform it.”

J-Js comment is not so far off the mark. Here is what Adam Smith, one of the founding intellects of modern market capitalism, wrote on the subject over 200 years ago. “Civil government, so far as it is instituted for the security of property, is in reality instituted for the… Read more »

I like where this subject is going. If not for the free press here and blog, we would only be getting the police point of view here. I like how people are allowed speak their minds.

That is, if you have facts.
BK

Yes facts are critical, in incidents like this, I think to myself, “it sure is nice having a law enforcement to take care of these reality’s” But then again, coming from a radical point of view how can continue to look the other way to the statistical FACTS or proof… Read more »

The court system has nothing to do with innocent or guilty. Not when a good (expensive) lawyer can get you off and the public defender pleads you out or just sends you up the river.

You want to do your best to not get involved with them.

Point taken.
Yeah, it’s all about the money…

Mark….So true……and you can add the “fame” factor to it also….the movie stars and rap singers that seem to buy their way out of a conviction…..and look at George Zimmerman…..killed an unarmed teen-ager….and found “not guilty”…..with the help of a sleazy defense lawyer and a goofy Florida jury….only to continue… Read more »

..OOPS !!!….I think I mis-spoke about Zimmerman getting ready to release and sell a sex-tape to make some $$$….turns out he ALREADY “released” it….for free….allegedly…to one of his girlfriends under-age cousins…..

criminal justice system’s war on crime? Uhhhh…wow….like Pluto JJ…that’s out there.
Even if Mr. Christian is cleared of this charge, that statement is WACKED.

Oh? excuse me Dingo, let me rephrase it a bit then. Yes I can appreciate having access to Law Enforcement in times when people act in ways that are immediately harmful to others, but that doesn’t mean I need to bow my head to the obvious policy’s or procedures that… Read more »

Mr. Peabody is a well-respected, well loved husband, father and grandfather who was attacked by an armed man. He is a gentle person, a man of faith, who would do what he could to avoid any physical confrontation. It was not an ‘altercation’. It was an attempt to kill an… Read more »

In criminal stories posted, the total facts are not usually revealed or even known. We will not be publishing comments that attack or defend suspects. Let the legal system unfold the case.
Benett Kessler

This is his booking photo. Travis is the owners son and yes, he looks a bit scruffy but there are circumstances that are not mentioned in this article, including his health issues. He normally is clean shaved but as it gets -40 here in Bridgeport he grows his hair and… Read more »

Thank you for offering a counter argument to the mean hearted (from the anonymity of the internet) conclusion jumpers. I too am interested to hear what led up to this fight.

Yes, let’s see what happens.
When it comes to the safety of my family I’m not going to take any chances. I can’t, can you?
I’ve seen good people do horribly out of character things before, quite often drugs were involved.

Thank you for your post, my brother is a Godly man and also has the biggest heart. The WHOLE TRUTH has not been given and he appreciates your words.

BK, Is it Big Mountain Lodge or Big Meadow Lodge? Hard to believe anyone gave that guy a job looking the way he does, much less a hospitality job. If I saw a guy like that at a lodge I was staying at and assuming he had a key to… Read more »

MCSO confirmed – yes, it is Big Meadow Lodge. Thanks for that.
BK

I’m with you, Dingo…screw political correctness.

I love how the big talkers immediately go for the gun. It would be so much easier to simply stay somewhere else, but there is no gun play or braggadocio that way.

Nobody should ever “play” with guns, they are not toys.

wow, I guess my biggest question is, really? the person who assisted Mr. Peabody couldn’t drive the car for him?

But still, I’m glad they were there to help Mr. Peabody get away from Mr. Christian, sounds like a very close call.