By News Staff on January 15, 2012 in Government Agencies/Utilities 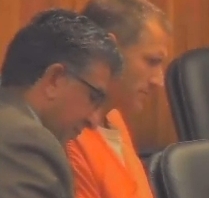 Reports from Santa Barbara on the Andrew Bourne/ Joe Walker child sex case continue as the two accused men returned home to Mammoth Lakes on bail.  Bourne officially resigned from his seat on the Mammoth School Board.  Both men head back to court on Thursday.

The Santa Barbara News-Press quoted Santa Barbara Deputy District Attorney Mary Barron as saying that the case is still under investigation and that the men may face additional charges.  In the bail hearing for Bourne and Walker, Barron had argued that the two men had “apparently brainwashed the alleged victim, who is now 15.”  She told Superior Court Judge George Eskin that Dr. Bourne allegedly discussed with the alleged victim his intent to commit suicide to evade charges.

Barron also reportedly said that over the course of the men’s alleged two-year relationship with the teenager there were “numerous clandestine meetings in Santa Barbara and in Mammoth Lakes” which the girl had traveled to more than 100 times, Barron said.

It was on Friday that Mammoth School District Superintendent Rich Boccia issued a statement to the community.  He said, “We continue to be in shock about the news and the allegations associated with Dr. Andy Bourne.”  Boccia said Dr. Bourne submitted his resignation as a member of the Mammoth Unified School District Board Friday morning.  “His primary focus at this time,” said Boccia, “is on his personal challenges and caring for his family.”  Boccia said the Board will move forward with the appointment of another board member. 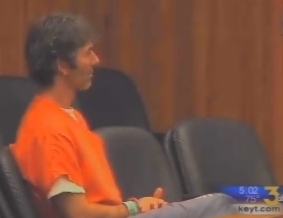 Back in Santa Barbara, Deputy DA Barron was quoted in the Santa Barbara Independent as saying that while both defendants enjoyed a certain stature in their community, they “both had alter egos and flew under the radar.”  Of the alleged victim in this case, Barron is quoted as saying that the girl was “extremely vulnerable and appears to have been essentially brainwashed and groomed by two grown men.”

Attorneys representing the accused said a lot of the prosecutions claims are only opinion, suspicions and innuendo. Bourne’s attorney, Ron Bamieh, told Sierra Wave that he was still waiting for discovery, or evidence from the prosecution, against his client. Another hearing is scheduled for this Thursday in Santa Barbara Superior Court.

^yes perhaps instead of hanging out with a 14 year old, texting/facebooking..spending time with a lovely wife, children and family could have been more important. this story just keeps getting worse, i am so very disappointed. I do not care what their professional status is. How can you not know… Read more »

a friend
Reply to  Bee

Do you have any factual knowledge of how much time these men spent with their families? Based on your comments, I suggest that you do not. Please ground your comments in facts, observations, or at least some actual encounters rather than suspicion. Let these men have their trial. Let them… Read more »

A little late for that; exactly my thoughts.

I’m sure this will be misinterpreted and flamed as a good-old-boy, inbred, small-town/small-minded post. The charges are heinous. If they did what is charged, they need to be locked up and the key thrown away. There is no excuse for what is alleged. But I’ve got to question some of… Read more »

“His primary focus at this time,” said Boccia, “is on his personal challenges and caring for his family.” It’s a little late for that!