Did Steve Fossett survive the violent crash of his plane last year? Speculation continued today after search crews found bones more than a half mile east of the crash site. Madera County Sheriff said the bones are believed to be human. The recovery team also found more personal items belonging to Fossett. 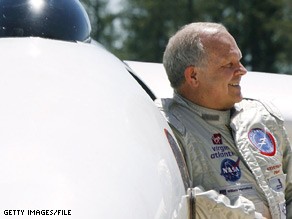 In early October search crews had found four bone fragments after Fossetts ID and a sweat shirt were found along with his wrecked airplane. An anthropologist analyzed the bone fragments but was unable to determine whether or not the bones were human.

To beat the winter snow, search crews from Madera and Mono County went back in to the crash site this week. They found a number of items which include skeletal remains, a pair of tennis shoes, credit cards and Steve Fossetts Illinois State Drivers License.

Madera County officials said that the bones were examined and although not conclusive, they are believed to be human. A DNA test is now pending.

We work to provide daily news to all of the Eastern Sierra, in the tradition of Eastern Sierra News Service and the Sierra Wave. We bring you daily happenings, local politics, crime, government dealings and fun stuff. Please contact us.
View all posts by News Staff →
Tioga Closure Thursday Night
Weather Brings Early Ski Hopes for Mammoth