In Mono County, two cases of unidentified bone fragments still up in the air. Mono Sheriff’s men had reported the discovery of a skull some time back. Although officers believed the skull belonged to a suicide victim whose other remains were found 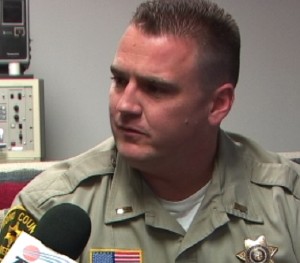 nearby, officers did send the skull remains to the Department of Justice lab for a DNA analysis.

Initially, Mono Sheriff’s officers said they believed the bone was likely that of a Native American with a burial site nearby. Howerver, officers did opt to send the fragment to the DOJ lab for further analysis.

We work to provide daily news to all of the Eastern Sierra, in the tradition of Eastern Sierra News Service and the Sierra Wave. We bring you daily happenings, local politics, crime, government dealings and fun stuff. Please contact us.
View all posts by News Staff →
Governor Praises MMSA CEO at Conference in Japan
More Comment from Bishop’s New Administrator