By News Staff on December 7, 2015 in General Misc. Stories, Obituaries

Bob Tanner lived a glorious, enviable life. He was a packer, an author, a founder of Bishop’s Mule Days, a football coach, the face and voice for pack stations when the lifestyle was threatened by government regulation and the driving force behind the vision of a mule museum in Bishop.

Like many Eastern Sierra residents, he was drawn back to the place of family vacations from his home in Southern California, working his way through college as a packer in the backcountry, learning the craft. After college and a stint in the Navy during the Korean War, he came back, permanently.

In 1953, he went to work for Archie Mann at Red’s Meadow Pack Station. Seven years later he bought the operation and spent the next five decades sharing the Eastern Sierra with tourists, celebrities and politicians. 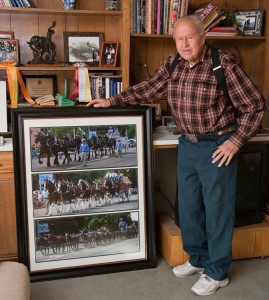 He learned the best mules came from the southeast, crosses between drafts and donkeys. He learned the art of shoeing, how to tie knots, how to feed both his employees and his stock and he learned every inch of the 175 square miles of wilderness in Yosemite National Park and the John Muir Wilderness that was part of his Red’s Meadows’ permit.

In 1969, he and Leo Potterfield had a conversation about some of the memorable moments of life as a packer and what a good show that would be. That winter saw record snowfall, leaving the trails in the backcountry snow-covered until August and hobbling the pack stations. The solution to the industry’s grave cash flow was Tanner’s vision of a raucous mule show, Mule Days, a celebration of all things mule and a sneak-peek at what packers and their mules have to deal with. The Memorial Day weekend event became one of the premier mule shows, drawing talented mules from all over the country. 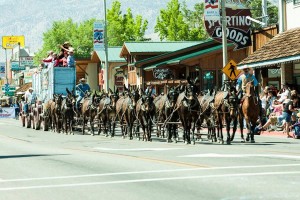 But Tanner wasn’t one to rest on his laurels. When Mule Days got bogged down with show classes that only an enthusiastic equestrian could appreciate, Tanner shook things up, turning the clock back to the original intent: fun.

When law suits threatened to regulate the packers into oblivion, it was Tanner who spoke to the media, speaking simply about the heritage and value of an industry that took visitors deep into the beauty of the Sierra. 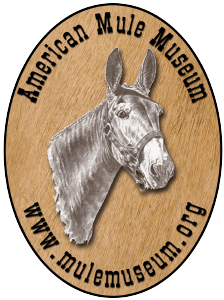 Tanner didn’t stop with Mule Days. His next vision was the American Mule Museum, a work in progress that started with seed money from the federal government. When the project funding was used as an example of government “pork” on CNN in 2007, Tanner wasn’t discouraged telling Sierra Wave “we made Mule Days something; we can make this thing something.”

Tanner will be missed, but he left enough of himself behind for both locals and visitors to the Sierra to remember and enjoy. He left a son, Bobby, with the ability to handle the famous 20-Mule Team, he left his mark on Mule Days and the countless volunteers and participants over the past 45 years, on the 1957 Bishop Broncos football team that claimed the CIF division championship and the inevitable American Mule Museum.

Bob was my neighbor growing up in Bishop. I was fortunate to babysit both his children Suzanne and Bobby. He’d pay me extra if I graded 8th grade papers! He was so proud of purchasing Red’s Meadow Pack Station. My brother, Rich, worked for him over the summer. My father… Read more »

God Bless Couson Bob
May he Rest in Peace

This wonderful man (while working for him), (thanks to Carol Bunce), taught me so much about mules. From showing me how wonderful mules are and also how to watch out how to save your shins in the whole process. From the trail maps written(or drawn) in the dirt,or on a… Read more »

I had the good fortune of talking to Mr. Tanner during a trail bridge inspection while working for the Inyo National Forest. I’ll never forget him telling me that Generals rode horses so that they could see everything instead of watching their feet. It was during the time that the… Read more »