In Mammoth Lakes, a report of intoxicated women trying to drive a vehicle led to the arrest of one of those women on vehicle theft, burglary and other charges. 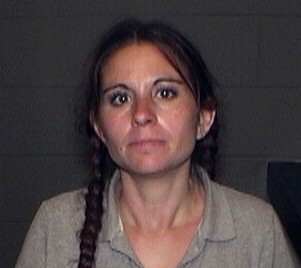 Police said that on a hunch officers asked for contact with the owner of the car. They said when Mono County dispatcher spoke to him, she learned that the vehicle owner was in the process of reporting his home burglarized and his vehicle stolen. Jiron was arrested about two weeks earlier for theft of the same vehicle.

Jiron, 37, of Bishop, was arrested for vehicle theft, burglary, possession of credit cards belonging to the victim, driving under the influence of drugs and alcohol, driving on a revoked license and three warrants. It is unknown if there were a relationship between Jiron and the victim.

We work to provide daily news to all of the Eastern Sierra, in the tradition of Eastern Sierra News Service and the Sierra Wave. We bring you daily happenings, local politics, crime, government dealings and fun stuff. Please contact us.
View all posts by News Staff →
Lost Mammoth Dog, Found!
Political Observation