By News Staff on January 28, 2015 in Government Agencies/Utilities

The four working groups involved in the City of Bishop’s Economic Development draft plan have set their sights high with a list of goals focused on establishing the region as a world-class tourist destination with a balanced, diverse local economy. 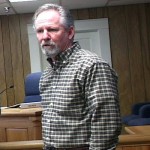 After six months of effort from roughly 30 volunteers and staff from BBC Research and Consulting of Denver, Colorado, the draft plan was presented at Monday’s Bishop City Council meeting followed by a review of the plan for the media on Tuesday.

This is the City’s first update of the Economic Development Element of its General Plan in over 10 years. Since then, the community has gone through a recession. Progress has been made on most fronts, with wages and income lagging but expected to respond, according to BBC Director Adam Orens. 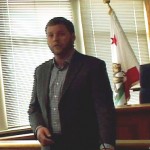 Basically, Bishop faces the same issues all small, rural communities face: declining population, loss of jobs and not enough housing. What is unique to the city, said Orens, is the fact we’re land-locked with little room for development. But, that’s also a plus as one of the main attractions for new-comers is the beauty of that undeveloped land and the mountains on either side of it.

Another plus is Bishop’s position as a commercial center that draws from western Nevada, Mammoth and south to Independence and Lone Pine. And, the availability of high speed internet access with Digital 395 also helps to convince visitors to the area they can actually live and work in the Eastern Sierra.

The plan looks beyond Bishop, focusing on a regional brand and marketing campaign for the Eastern Sierra, what Orens called growing the pie not fighting for slices.

Bishop City Administrator Jim Tatum provided an overview of the process, explaining that the Economic Development plan process began with an open house and community outreach in July.

The City will be pursuing grant funding as part of the implementation process, according to Tatum.

Four of the plan’s five goals will be headed up by group leaders, all of whom will be putting together small armies of volunteers.

The four goals are: Create a vibrant, authentic and pedestrian-friendly downtown; promote Bishop and the region as a year-round tourist destination; support a balanced and diverse local economy that protects the community’s amenity base, leverages broadband access and improves the financial well-being of its residents and strengthen the community’s role as a regional center for retail, education and healthcare. The fifth goal is to support development of commercial air service at the Bishop Airport.

The strategy is simple: use tourism as the bait to attract new businesses to the area, Orens said, pointing out that that’s how most new residents ended up in the Eastern Sierra to date.

Now the hard work of implementing the plan starts with each of the four group leaders and their steering committees. Anyone interested can contact Gary Schley, director of Bishop’s Public Services at (760) 873-5863.

The draft plan is posted on the City’s website, www.ca-bishop.us.  Public comments are due by March 1.