By News Staff on April 23, 2013 in Government Agencies/Utilities 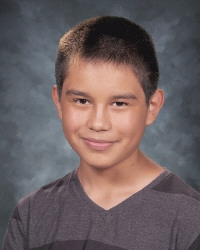 Much more than a book report, the Letters About Literature program asks students to look into themselves and express how reading specific books has changed them or made them aware of something deeper in their lives. In the Eastern Sierra, Bishop Middle School student Miguel Silva Navarro took the plunge, wrote an insightful letter and ranked in the top ten of California’s 1500 entries.

Home Street Middle School Principal Patrick Twomey said Miguel, who is a 14-year-old eighth grader, read the book, “Mr. Tucket”, written by Gary Paulson. It touched him and he wrote about his personal experience. 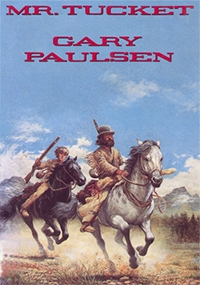 According to reviews, the book is about 14-year-old Francis Tucket who heads west on the Oregon Trail with his family by wagon train. Francis lags behind to practice shooting and is captured by Pawnees. Wild horses, hostile tribes, and a mysterious one-armed mountain man named Mr. Grimes help Francis become the man who will be called Mr. Tucket.

In his Letter to author Gary Paulsen, Miguel Navarro of Bishop said he found out he could “learn a thing or two about the human experience from some dusty, old cowboys that I could apply to my own, modern life.” He said something as simple as “an old west book can, and did, change who I am right now.”

Miguel said he learned “help can come from unexpected strangers in various ways.” Miguel names one teacher in particular who he said has taught him he can overcome difficult things – Mrs. Tiffany Randall. The eighth grader said he also learned that he “shouldn’t give up on something important to me. I also learned,” he wrote, “that I can’t succeed at everything, but I can succeed at something if I try hard on it.” He said the book, “Mr. Tucket” helped him to realize that he “needs to put more effort to be my best.” He said it has helped him appreciate his teacher because “she’s the reason I haven’t given up on school.”

The introspective teenager said reading the book made him realize that “Every challenge is an obstacle, and, like Francis, I just have to overcome it.” A thoughtful eighth grader touched by a book.

The Letters About Literature program is a national reading and writing program sponsored by the Center for the Book in the Library of Congress in partnership with state centers. Sierra Wave adds congratulations to Miguel Silva Navarro for placing in California’s top ten participants out of 1500.

Thank You Miguel, Your story is the bright spot in my day. 🙂