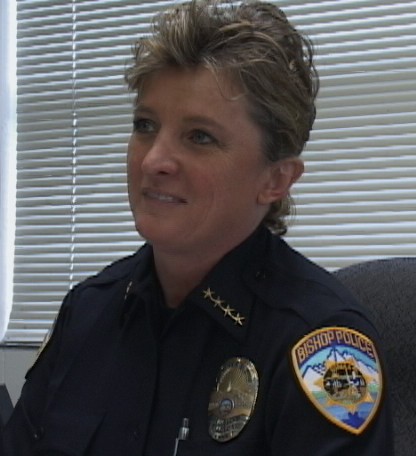 The plan has not been finalized, but the idea is to essentially ban shoplifters from stores where the person was caught. If a person is caught shoplifting, the Chief explained that the business owner could serve the shoplifter a trespass notice if the person enters the store again.

While its a best that citizens be proactive,” and not steal in the first place, if a person makes a habit of shoplifting, there will be fewer and fewer places where the person is allowed to enter, the Chief explained. After a while, the Chief says that if a person wants to steal a bottle of liquor, chances are “they cant enter the store.”

The Police Chief explained that she is in negotiations with the Inyo District Attorneys Office, the CHP, the Sheriffs Department, and Probation to work out the details of this plan.

We work to provide daily news to all of the Eastern Sierra, in the tradition of Eastern Sierra News Service and the Sierra Wave. We bring you daily happenings, local politics, crime, government dealings and fun stuff. Please contact us.
View all posts by News Staff →
Fish and Game Continues to Investigate Bear Shooting
Car Theft at the Center of Dixon Chase