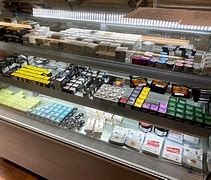 Bishop’s Planning Commission finished a lengthy second review of a draft commercial cannabis ordinance this past week. The review focused on changes requested at the Commission’s February meeting. Now it will be up to the City Council to decide if it’s ready to join all the other Eastern Sierra entities and allow pot shops and delivery services within its city limits.

While the Commission members weren’t in total agreement on all of the suggested changes, Chair Erik Leitch’s attitude was to include those elements the majority of the Commission supported and get it to the Council for the final decision. When put to a vote, the draft ordinance passed unanimously.

One of the hang-ups from last month’s meeting was a request to see an overlay of the 1.9-square mile city with commercial cannabis prohibitions identified. No pot operations are allowed within 600-feet of churches, any park managed by the City, schools or day-care facilities leaving only a portion of the retail and commercial zoning in the downtown corridor open to cannabis businesses.

Commission member Heather Lind wanted to keep pot shops out of the designated downtown revitalization zone which would have really limited where a business could legally operate. That effort was quashed with a 5-2 vote.

Another snag the Council will have to figure out: flavored products. Commissioner Patricia Lew wanted those limited in any commercial operation. But, since a lot of the product, particularly edibles, available for sale are definitely flavored, that decision wasn’t made by the Commission. Leitch pointed out the issue with “flavored products” was related more to vaping. Any argument that flavors would be appealing to minors was allayed by the fact commercial pot shops, like bars, will be off limits for those under 21.

Some of the lesser issues included confidentiality of an operation’s sales records the City will audit. Also, the requirement of a “uniformed security guard” on the premises was considered onerous by some Commissioners. However, an existing employee could be certified by the California Bureau of Security and Investigative Services. That qualifier kept the requirement in the ordinance.

The ordinance also gives the City the right to seize samples, an inclusion two of the Commissioners felt was redundant since California law regulates quality and accuracy of THC/CBD levels. That wording, however, stayed in.

Local ordinances cannot be more lenient than state or federal law; they can only be tougher. In some cases, the Commission agreed to include regulations that mirrored the California cannabis laws. The reason: that would allow Bishop’s police department to enforce those laws on the assumption the feds or California law enforcement probably wouldn’t be eager to raid a local pot shop.

The Commission compromised on a request by Lew to post a health warning similar to those posted for cigarette sales. That statement will stay in but only as a recommendation. “No one could identify any scientific consensus about the health effects of cannabis, or consensus language about it from any official body, like the Surgeon General,” Leitch explained in an e-mail.

The next step in the journey of Bishop’s cannabis business ordinance will be at a future City Council meeting.

The draft ordinance discussed at the Commission meeting is available at MetaViewer.php (granicus.com) (Ctrl and click to go to the document). But, the document does not reflect the changes requested by the Planning Commission.

Ummm. .. yeah…., but alcohol does the same or similar thing (science!) and there is plenty of liquor to be purchased around. There will always be adolescents who abuse both. Let’s take a sensible look at the big picture here. Why the stigma on cannabis leaves me scratching my head.… Read more »

I think all three are equally damaging. In different ways. I support legalization and responsibility for all three. Cannabis doesn’t get a special treatment as far as I am concerned, it is just as responsible for damage and trauma, simply in different ways. The logic of this is bad and… Read more »

While I agree with all your points Ben, the issue at hand is that no one under 21 will be able to purchase said substances, be them alcohol, tobacco, or cannabis. Will that keep it out of their hands? It will for some, and that’s about as best as we… Read more »

It is economics 101 really. We aren’t a totally anarchy based free market where business and money make all the rules. The way we typically do this in our hybrid free market/command economy is through the implementation of regulations and controls. I mentioned one, prevention. There are many other aspects,… Read more »

The other businesses in the local economy also need to consider their own risk management and be considered with regard to implications. It reaches further than parks, schools and churches which are pretty obvious. For example, if a bar or cannabis shop is opened next to a theater or restaurant… Read more »

“Cannabis use has been shown to impair cognitive functions on a number of levels—from basic motor coordination to more complex executive function tasks, such as the ability to plan, organize, solve problems, make decisions, remember, and control emotions and behavior.”

“Adolescents who started smoking between the ages of 14–22 years old and stopped by age 22 had significantly more cognitive problems at age 27 than their non-using peers (Brook et al., 2008). In addition, adult cannabis users who began smoking before the age of 17, but not users who began… Read more »

Ben, Alcohol and Tobacco kill hundreds of thousands of people every year. I appreciate your dedication to science, but don’t forget that cannabis is just another drop in the bucket when it comes to social issues regarding drug use. CDC states, “During 2011–2015 in the United States, an average of… Read more »

I don’t disagree completely. You make a lot of assumptions though, while cannabis isn’t involved directly it is very indirectly involved in a lot of trauma and death. The same is also true for alcohol and tobacco, but the logic of two other things are bad so this is less… Read more »

Also, “the man” has not made me believe anything. I don’t endorse magical thinking where a wizard behind a dark curtain controls my life experiences. I live and learn on my own terms and follow science and clear headed intuition based on data driven relationships to draw potential conclusions that… Read more »