By Deb Murphy on February 25, 2021 in City of Bishop, General Misc. Stories 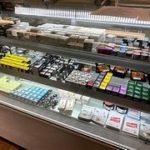 The Bishop City Council’s four-year history with commercial cannabis operations may take a different turn in the near future. Wednesday evening, the city’s Planning Commission got its first look at a draft ordinance. While the Commission didn’t give the draft the go-ahead, it did ask for more information from staff and a second run at a revised ordinance at next month’s meeting.

The thaw in the anti-cannabis iceberg came last October when the previous 3-2 vote against any consideration of recreational cannabis within the city limits turned to a 3-2 vote to explore the possibility with a draft set of regulations.

Bishop has remained the single government entity in Inyo and Mono counties with a ban on commercial, or non-medical, cannabis operations. While there are cannabis businesses in “Bishop,” they lie outside the city limits and are processed through Inyo County regulations.

So, what would that ordinance look like and what additional issues were brought up at the Commission?

Commissioners made a series of changes and requests, some of which would make the process less onerous, others, more onerous. While some commissioners wanted specific language regarding names and signage, it was pointed out that could be stepping on First Amendment rights. Also, the age limit was raised from 18 (the age for medical marijuana businesses) to 21. 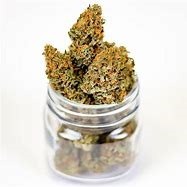 Whether for medicinal or recreational purposes, legal marijuana use has become big business and legal, and largely accepted in most communities.

Commissioner Heather Lind wanted to see an overlay of the area of downtown Bishop included in the revitalization effort. Her take: pot shops didn’t exactly fit into the concept of revitalization. The question, though, was how much of the C-1 and C-2 zones would be left for potential cannabis operations.

In addition, Chair Erik Leitch wanted to strike what he defined as “excessively restrictive and unenforceable.” “To my mind,” he stated via e-mail, “this is overreach, telling businesses how they must implement compliance, rather than what they must comply with.”

In a nutshell, the ordinance presented at the meeting included the following:

Perhaps the Owen’s Valley and City of Bishop needs to zoom out here and acknowledge that there is a drug and alcohol dependency crisis. Perhaps instead of focusing on how government can profit from said crisis the primary focus should be on prevention and treatment. Just like the homelessness crisis,… Read more »

How much weed do we need ? Simple answer to your question. It’s the new “American way” Not at all like the not-so-long-ago olden’ days,when people would work hard,do their best and take pride in what they’re doing,making a living for themselves and their families,and going home at night feeling… Read more »

How much weed do you need?
Reply to  David Dennison

Exactly. As I said, to each their own, but as a long term cannabis user in the past the usual arguments don’t hold water for a minute with me. It is an addictive substance, not on par with hard drugs but it has addictive qualities and does impact society in… Read more »

Bishop Guy
Reply to  How much weed do you need?

So, the fact that you had an issue with this plant means it’s “bad”. No, it means YOU could not use marijuana responsibly. Your personal issues are not a useful argument for widespread policy. I have injured myself numerous times on motorcycles. Maybe I should start spreading the word on… Read more »

Bishop Guy YOU tell me how you use it responsibly,when,with pot nowdays,you take two or three hits on a bong,you’re so high you can’t safely drive a vehicle,carry on a conversation,and definatly not able to work a job. Because that’s the way it is now,not at all like how it… Read more »

Read the second half of the paragraph genius.

Science yo! It is bigger than a norml article in the back of high times magazine. You read at the local cannabis shop!

As far as your OHV argument, you’re wrong. If you want to ride your motorcycle like a moron and risk hurting yourself, be my guest. It is a free country and I am not your mom. I won’t lose any sleep over it. That said, your freedom ends where your… Read more »

Who said anything about 20 pot shops? A house of ill repute? Please- not even legal. Yes, more stores means competition which is good for the customer. Also, incredible revenue for the city. I do agree though, that diversity is good for the city and we need to fill all… Read more »

How much weed do you need?
Reply to  Jubie

I am not buying the competition argument. That isn’t how the cannabis business works in my experience. That said, it doesn’t matter. The other points supercede and still hold true. I know of about 5 shops spread throughout the county off 395 at least already. Multiple in Bishop. Bishop is… Read more »

A quick look reveals at least 4 already operating in the Bishop vicinity, either in the county boundary or the tribe.

Do we really need two more pot shops in town? Will not this just dilute the customer base for the existing ones? What next, a house of ill repute? A couple of massage parlors? A Joss house? Google it. Ha ha.

How much weed do you need?
Reply to  desco

Hahaha, Joss House. Maybe just ditch the flowers and line main street with Hookahs and Incense burners. May as well go all in and make Bishop weed mecca USA. You can get your Joss on and get laid next door while getting baked in between.

Yes, you should in fact do the research you recommend. A joss house is a temple, a place of worship: why do you see that as a threat? Maybe you should google ‘biased ignorant assumptions’ or ‘Asians: who are they?’

How much weed do you need?

I have nothing against legalizing cannabis, to each their own. Seriously though, how much weed do we need? Does it really serve Bishop well having 20 pot shops within a couple blocks of each other? Seems pretty weird. Can we diversify and thus stabilize our local economy a bit? Is… Read more »

four vs twenty
Reply to  How much weed do you need?

Everyone keeps saying 20 shops would be allowed, but the article says it would be limited to two storefronts? Am I missing something?

How much weed do you need?
Reply to  four vs twenty

Yes. That is city limits. Bishop is bigger than the city boundary. A quick ask and I know of at least 4 operating in Bishop already, either in the county boundary or via the tribe.

What a joke
Reply to  four vs twenty

How much weed do you need?
Reply to  What a joke

We are up to at least 5 in the Bishop vicinity by my current count. If you give a mouse a cookie… so yeah, 20 might be an exaggerated number but is it really?