The Bishop City Council unanimously approved the Economic Development Element Update of its General Plan at Monday’s meeting. Even better, the five-member council appeared willing to put its money where its votes are. 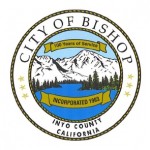 City Chief Administrative Officer Jim Tatum will come back to the council at its next meeting, April 27, with suggestions to contract for grant writing services and look into the possibility of hiring an Economic Development Coordinator to work with the four volunteer committees committed to the EDE goals.

The EDE process began more than six months ago with a community outreach process orchestrated by the city’s Public Service Director Gary Schley. Working with consultants BBC Research and Consulting and Bauer Planning and Environmental Services, Inc., volunteer working groups fine-tuned the community’s goals: Create a vibrant, pedestrian-friendly downtown; promote Bishop and the region as a year-round tourist destination; support a balanced, diverse local economy and leverage broadband access and strengthen the community’s role as a regional center for retail, education and healthcare.

Alan Pietrasanta, sales manager for J Rousek Toy Co., suggested the new ED coordinator position during the council’s public hearing on the General Plan amendment. His comments were echoed by Julie Faber and Elaine Kabala, both group leaders as the plan goes forward. Karen Schwartz was the first councilmember to take up the cause. Councilmember Joe Pecsi suggested the availability of grant funding for the position and recommended exploring a cooperative effort with the county.

Tatum acknowledged that a contract grant writer was included in the city’s 2014-15 budget. “This is a discussion we need to have,” he said of the ED coordinator. “For this to be done correctly, someone has to dedicate a lot of time.”

The April 27 council meeting will be held at 6 p.m.

Too bad solar power is so visible. http://www.climatecentral.org/news/solar-energy-jobs-growing-18722 Installing solar panels on home rooftops and in giant multi-megawatt utility-scale solar farms is one of the United States’ fastest-growing ways for both residents and power companies to reduce their climate impact in a warming world. For the solar industry, helping to… Read more »

How about the never-ending saga of CottonWood Plaza ?

It would be nice to have an update on the plaza. There appears be some recent activity there but no sign of tenants that I’ve noticed.

They better figure out how to keep our river stocked year round if they want people to vacation in Bishop. Other wise we will counting to be just a tourist and speed trap to most folks.Drinking fountains every where might get people to stop and walk around.