By News Staff on August 16, 2018 in Government Agencies/Utilities 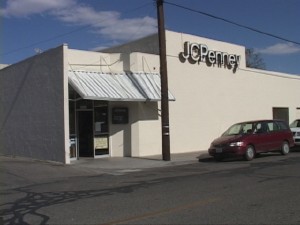 The top ten were compiled from a community workshop held last month and listed in order of difficulty—with the low-hanging fruit at the top. Rather than debating each item, the Councilmembers recommended staff start immediately on the top three:

Councilmember Joe Pesci suggested the remaining seven items be further discussed at a 1 p.m. workshop prior to the next council meeting on August 27. The results of that workshop would be discussed at the regular meeting time.

Councilmembers felt City licenses and fees were already low. Business licenses range from $41 annually for businesses with four or fewer employees to $201 for those with ten or more employees. Inyo County has no business license fees, requiring a $20 fee for filing a fictitious name.

The remaining seven items would take time for research, community outreach, public hearings, etc., according to Kabala. They include

Then the public weighed in. Stephen Mochovej suggested expanding the building registry to include requirements to meet building codes and rental costs in addition to contact information.

The mixed use re-zoning garnered a lot of support. Jeff Griffiths, Inyo County supervisor, and Tawni Thompson, Chamber executive director, both honed in on housing issues. “Retail space is a symptom of what’s going on everywhere,” Griffiths said suggesting shrinking the downtown core to provide more residential zoning as a long-term strategy. Thompson told the Council people want to move here; it’s finding a place to live that’s the issue.

Councilmember Jim Ellis and realtor Stan Smith both hit on a new concept. “People are walking around,” Smith said. “They want to do things.” Ellis referred to the new generation. “They’re looking for an experience,” he said, as opposed to shopping. “How do we have the town fit into that?”

The next agenda item may address that. The Sierra Business Council had brought co-funding a visitor impact study before the Council in the past and saw an opportunity to bring it back. The SBC was willing to split the $45,000 fee for the study with the Chamber/Visitor Bureau and the City. The Chamber had already budgeted for the $15,000, but it wasn’t in the current City budget.

The study would take a full four seasons, charting where visitors were coming from and why, how much they were spending, what they were doing, how long they stayed—the sort of information that could inform both solid marketing and city planning decisions.

Pecsi suggested sending a letter of intent to co-fund the study up to $15,000, split between this and the 2019-20 fiscal year. The Council approved.

not that i agree with AN that it’s the only place they stop, but he is obviously referring to Schat’s bakery

A N,
Who should get thier own parking?

A N
What are you talking about?

They should start by forcing the only place people now stop, to get his own parking!

I’m a firm believer, the best tourist towns are towns that cater to the LOCALS. Find out what the locals want, create a fun town that the locals enjoy and the tourists want to be a part of it!

Stopped by the brewery a couple of days ago. Plenty of visitors and locals enjoying food and drinks. The Mountain Rambler seems to have figured it out quite well.