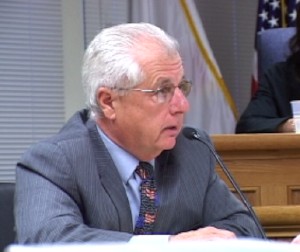 Bishop plans to have a new city administrator in place by October 1. City Administrator Rick Pucci said the process of selection of a new administrator has moved along. Pucci retired and agreed to come back to handle matters until October 1st. Meanwhile, the voters did pick him as Inyo County Supervisor for District 3. His new job starts January 1, 2011.

Pucci said that the City Council will interview seven or eight candidates in closed session in August. Pucci will sit in with them. He said if they can select one or two top candidates and make them an offer, then they will negotiate a final deal. Pucci is firm that he will leave city government by October 1 and a new administrator will come on board.

Some behind the scenes talk pointed to Mammoth Town Manager Rob Clark as one of the Bishop City Administrator applicants. Clark said that’s not true. He said these are tough times, particularly with the Mammoth Town budget. Clark feels he has support, and said in spite of rumors he’s not going to Bishop.

For now, Pucci has started to study county issues. “I’m following the agendas,” he said. He complimented county staff for their help and said he’s looking forward to his new role.

We work to provide daily news to all of the Eastern Sierra, in the tradition of Eastern Sierra News Service and the Sierra Wave. We bring you daily happenings, local politics, crime, government dealings and fun stuff. Please contact us.
View all posts by News Staff →
New DWP Land Auctions Remain A Possibilty
Memorial Service for Nancy Roberts of Sierra Gardens