Almost a year ago, Inyo Narcotics agents arrested Brett Birmingham of Big Pine for alleged sales of marijuana. His case is 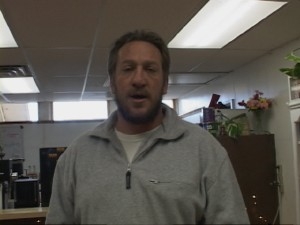 still in the courts, and Birmingham claims he followed state medical marijuana laws and has done nothing wrong.

Birmingham sees parallels in his and Crosby’s cases. Will he file a claim against Inyo County like Crosby’s claims against Mammoth and Mono County? Birmingham said, “I can’t say.” What he did say is, “ITs not my interest to be a drug dealer. I have never before been arrested on drugs. I opened my medical marijuana business to help people. Ultimately, I would just like to have my store.”

We work to provide daily news to all of the Eastern Sierra, in the tradition of Eastern Sierra News Service and the Sierra Wave. We bring you daily happenings, local politics, crime, government dealings and fun stuff. Please contact us.
View all posts by News Staff →
Two heroin overdoses in Mammoth Lakes
Court testimony points to Inyo DA’s involvement in document release