By News Staff on December 9, 2013 in Government Agencies/Utilities

William (Billy) Karg Anderson, passed away in San Diego on December 6th, 2013 due to complications from brain cancer. 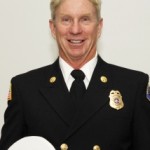 Billy was born on March 9th, 1947 in Akron Ohio to late parents Don and Louise Anderson. He lived in Mammoth Lakes and Corona Beach Mexico, and spent the better part of the last few months battling his disease in Carlsbad and San Diego.

Billy spent his childhood on the beaches of Southern California with his best friend David Butler. They met on the first day of kindergarden, while playing with toy fire trucks and remain friends to this day. They spent their days surfing in the ocean and skiing on the mountains.

Billy graduated from Arcadia High School in 1965 and was drafted into the Army as a Helicopter Mechanic. He served his country in Vietnam until he was discharged in 1973.

Shortly thereafter, Billy moved to Mammoth where he worked for Mammoth Mountain. While there, he met his wife, Valerie. They were married in August 1979 at the Twin Lakes Chapel.

Billy initially worked for Mammoth Mountain as a ski instructor. Through the years he worked in lift operations on both Mammoth and June Mountain and then later as the Health and Safety Director.

He was one of the first people to snowboard on Mammoth Mountain, and helped to build the first terrain park near Chair 12.During the summer months he would work construction, operating the crane, building Mid Chalet, Chair 23, the infamous QMC, and People Mover.

Billy was also an active member of the Mammoth Lakes Volunteer Fire Department. He moved through the ranks and eventually left his job at the Mountain to work with the MLFD full time as the Division Chief in charge of Training.

He served the department in that capacity until he retired in 2012, working the strike teams on the Rainbow Fire, as well as other fires in Southern California.

Billy spent the duration of his entirely too short retirement at his beach house in Corona Beach, Mexico where he would spend the days body surfing and fishing for halibut off of his back porch; all the while sipping a beer and eating his favorite fish tacos.

Most people will remember Billy for socializing at Vons or at Slocums after the fire meetings. He touched everyone that he met with his warm smile, bright blue eyes and immense passion for life.

His pride and joy were his family. His wife Valerie, daughter Shelby, and son Scotty. They are devastated by his loss, but are comforted knowing that he is still with them in spirit.

Numerous nephews and nieces including Eric and wife Ellen, Terri, Kim and husband Rob. Richie, Lisa and husband Britt. Joey and wife Nancy. Julie and husband Brett. Melissa, Jennifer, Erik, Timmy, Billy Anderson and wife Sara and his late nephews Jeff Anderson and Jonathan Morrison.Countless friends, who played a vital role in helping us through this difficult time, including Cathleen Calderon, Deb Anderson, Fred and Cheryl Wright, David and Cathy Butler, Greg and Lynette Koppel, Jane Butler, Lindsay Walczak and all his friends in Corona Beach and Mammoth Lakes including Chief Bret Harper and all of his MLFD brothers and sisters.

And of course his Dog Toby and Cat Tinkerbell.

Services will be held at St. Josephs Catholic Church in Mammoth Lakes, Thursday December 19th starting at 3pm then followed by a reception at MLFD Station #1.

I was shocked when I found out. I knew him through our Corona Beach connection and was quite the guy along with his wife. We are so sorry for your loss. He will be sorely missed at Corona Beach. God Bless…Kevin & Sheryl #24

That was a wonderful tribute. Billy was a great man all around.
Thank you for sharing this with us.

Bill was my youngest brother. He taught my family and I to ski during numerous visits to Mammoth. I don’t remember hearing a bad word from his lips. He was always cheerful, happy and would help anyone who needed it. He waited to pass until my wife Sandy and I… Read more »

Bill and I were members of the Mammoth Lakes Fire Department during the seventies. Bill always had a smile. A very positive fellow. We had good times during the bar b que and canoes races. He will be missed. Take care Bill.

This was a beautifully written article/tribute! Thank you for being so thorough with the Family that my wonderful Uncle Bill left behind~!