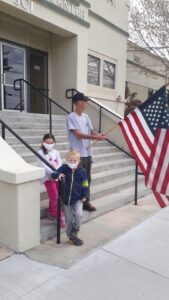 “Two Brothers Big Pine Will Be Closed Wed 12th, we will be in court with Dr. James Richardson and Inyo County Deputy County Counsel Ms. Chuchoia, Sorry folks But please come and support us if you can”

Sierra Wave posted an article on Inyo County facing placement on state’s Watch List while making progress on enforcement of COVID-19 health orders | Brief Respite on August 9 in which Inyo County Administrative Officer, Clint Quilter, outlined the county’s approach to enforcing its health orders to ensure compliance with businesses that are non-compliant.

Two Brothers from Italy in Big Pine has been a topic of discussion on local social media for some time as being non-compliant. There have been supporters and detractors, although the latter far outnumber those that support the restaurant. Apparently, efforts at persuasion by county health officials and staff failed to get the desired result, hence the court action on Wednesday.

What’s clear in this court action is that Inyo County will do what is necessary to enforce health orders and protect its residents, especially given the explosion of 17 new positive COVID-19 cases revealed late Monday afternoon by county health officials and the two recent deaths from the contagion at the Bishop Care Center last week. County health officials want to head off what could become a train wreck should the coronavirus spiral out of control of the local hospitals’ capacity to handle it.

What could possibly go wrong? For months, husband, Brett Callahan and wife, Giovanna Lomedico, owner’s of the popular pizza business known as Two Brothers of Italy, located in the Town of Big Pine, have made comments, mostly on social media, that the health orders issued by Inyo County Public Health are not legal, not Constitutional, and not “law.” Many have pointed out that they are wrong, but they seem determined to press their beliefs.

After a photo of Callahan (not wearing a mask) was posted on Facebook holding an American flag with two of his small  children (wearing masks) on the steps of Bishop City Hall, the couple defiantly issued the challenge to county health officials on social media, posting on the local Facebook Group, Butt Hurt Owens Valley. They announced that:

“Two Brothers Big Pine will open for lunch tomorrow from 11am to 3pm,And yes we have gotten to this point Inyo County Health Department sent Inyo County Inyo Building Inspectors to in force the health department laws, Game on Inyo County, Two Brothers will feed the Community And You Will Not Stop Us!!!!!”

It will be interesting to see how the County of Inyo, which has been accused of not enforcing health orders that have led up to this situation and the increasing numbers of positive Covid-19 cases, will respond. In the last few weeks, it has become increasingly clear that the county, and other cities, counties, and states across the country, are willing to start enforcing health orders on preventing the spread of the Coronavirus.

Perhaps it is time for the courts to take up the extent to, and the limitations of, just what authority governments have to enforce health orders to limit the spread of a pandemic that threatens the lives of their residents and citizens. 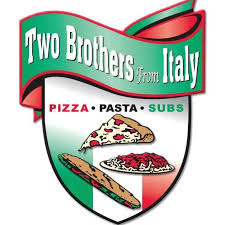 Two Brothers from Italy has 6  locations, most found in So. California. Company’s headquarters is located in Oceanside, Calif.

Sierra Wave spoke with a few local business owners in Big Pine and Bishop for their opinion of the matter, and they mostly appear to support the county’s position on the wearing of masks and other preventative protocols. A few expressed their anger that, while they were doing what they could to enforce the rules, the owners of Two Brothers of Italy were openly flouting it.

The overwhelming position on social media is that the county should enforce its health orders, even if that means shutting down the restaurant. Others say that they will never step foot inside the business, not now nor in the future.

That is not to say that everyone agrees, Who does in today’s politically charged climate? There are those that agree with the couple, generally on the same grounds that the couple are voicing. But even here, there are others that have told Sierra Wave that, noticing the names of the people supporting this cause, they have started to make decisions on who to do business with in the future…and who not to do business. Some have even admitted to have begun to “socially distance” themselves from some of those advocating defying the governments efforts to control the spread of the contagion. Which is probably okay with the Callahan-Lomedico supporters. Like in much of our politics today, common sense and comity has largely flown out the window.

There is a total of six Two Brothers from Italy Restaurants, mostly found in Southern California. Sierra Wave is reaching out to the main office to ask if the company supports their local franchise owners and do the other Two Brothers restaurants hold to the same policies of not wearing masks or enforcing local health orders.

This comes on the heels of the announcement of deaths of two elderly residents of the Bishop Care Center, a fact likely not lost on Inyo County authorities and many residents and business owners. It is the elderly and medically compromised adults that are at greatest risk of death from the Coronavirus Pandemic.