By News Staff on March 23, 2015 in Government Agencies/Utilities

“Frozen” may be a really popular animated film, but it’s not the word school districts want to use to describe their budgets. Unfortunately, small, rural districts in communities not generally described as affluent, are “frozen in time,” according to Big Pine Unified School District Superintendent Pamela Jones. 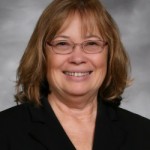 The Big Pine district will be holding a work session on Wednesday, March 25 to give the Board of Directors and the public an opportunity to look at its resources and develop priorities. “We’ll be talking about our vision for the future,” said Jones.

California’s Local Control Funding Formula was a boon to large urban campuses, providing supplemental funding for students with the greatest need: English-learners, minorities and those from low-income families. The supplemental funding comes on top of a base rate per student. That base rate, when the program is fully funded in 2020 grows from $6,845 for K-3 to $8, 289 for high schools.

Big Pine, as well as all county districts with the exception of Bishop, is still funded at the district’s property tax level and aren’t eligible for supplements, at least to date.  As Jones states in the district’s newsletter, that works well for affluent districts with high property values. In addition, affluent districts often have community fund raising groups. Big Pine has neither. What it does have is 80 percent of its students from low-income families.

“We’re being funded at the same level (as before the LCFF came into play in 2013),” said Jones, “but our costs are increasing. One of the anomalies of the funding is there is no economy of scale.” For example: the target class size for K through grade three is 24. Large districts may struggle to get down to that number; smaller districts struggle to get that many students in each grade. But, the cost of educating the students in that classroom is nearly the same while the funding is based on the number of students in that classroom.

Big Pine schools have a healthy reserve, Jones said, above the required budget percentage. “But we have to,” she said. Jones used the example of a $500,000 roof replacement, the same whether it’s a Big Pine roof or a Los Angeles school roof. “That’s a much larger percentage of our total budget than it would be for a large district school,” she said.

The district will be looking at some income losses as well. Quality Investment Education Act funding of $120,000 ends next school year. Funding for the school’s career education program will take a 20 percent annual loss over the next five years.

Without its school, Big Pine will look like a bedroom community. “The school keeps this community vibrant,” said Jones.

The March 25 meeting, open to public input, starts at 6 p.m.

“Without its school, Big Pine will look like a bedroom community. “The school keeps this community vibrant,” said Jones.” I’m sorry we’re too poor to bring in revenue to provide an industry for the staff at the school. Anyone else find this insulting to the community, or is it just… Read more »

This is just a thought. I live in Mammoth. Can’t speak for Big Pine. But maybe the Community should step up and fix the school. I’ll bet there are people in B.P. that would know how to fix the roof. So just fix it — if you can get through… Read more »

The comment about most kids not wanting to learn is absurd. It is not that they don’t want to learn, it’s they are bored with the way education system has changed. Teaching from behind a desk with a computer in front of the teacher is not teaching. Thats being lazy.… Read more »

Our schools need to play catch up and get all the kids on laptops ASAP! Until then, our kids are getting left behind !

If California would finally eliminate the county offices of education, (most states have never had them), and re-direct that funding to the local school districts, It would resolve a lot of problems associated with rural schools in low income areas. Signed, David K Roberts, Trustee Inyo County Office of Education.… Read more »