By Charles James on August 3, 2020 in Public Event 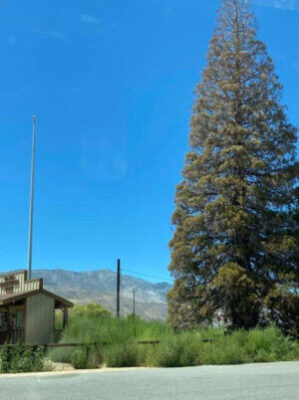 Veterans Corner in Big Pine with the Roosevelt tree before the clean-up.

Big Pine community spirit was alive on Friday, July31st, as over 20 local community members answered the siren call (well, actually it was a Facebook post from long-time resident Sandy Lund) to action that the Veterans’ Corner needed to be shown some love…as in attention, to remove weeds and clean up the Visitors Information Kiosk. Over twenty local townspeople showed up to help and their spirits were high and the cleanup was, well energetic. And, oh yes, and it was HOT! but that didn’t stop anyone!

The Big Pine Fire Department was there with the water truck to help to keep the dust down. Big Pine Paiute Tribe members were well-represented, as was many others from the community of Big Pine. 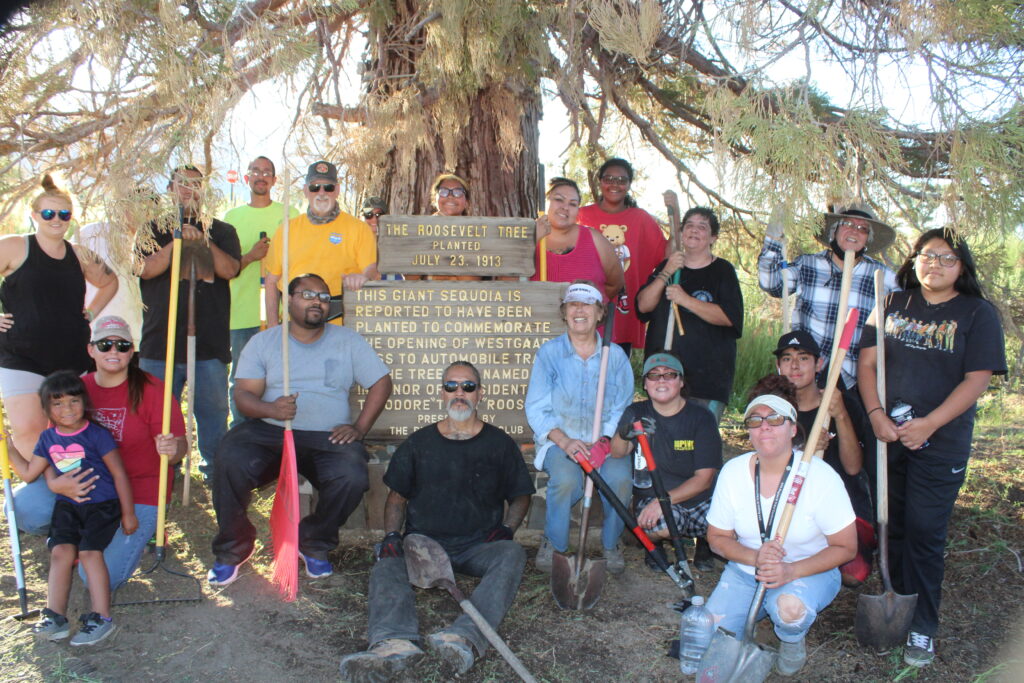 The Veterans’ Corner is special, not just for the large American and M.I.A. flags that everyone is familiar with as you drive down Hwy 395 and the visitors information kiosk, but as a historical stop for visitors to see the large Roosevelt Sequoia tree which was planted in 1913, named in honor of President Theodore “Teddy” Roosevelt.” It’s planting was to celebrate the opening of Hwy 168 to automobile traffic, which is also often referred to as Westgaard Pass. 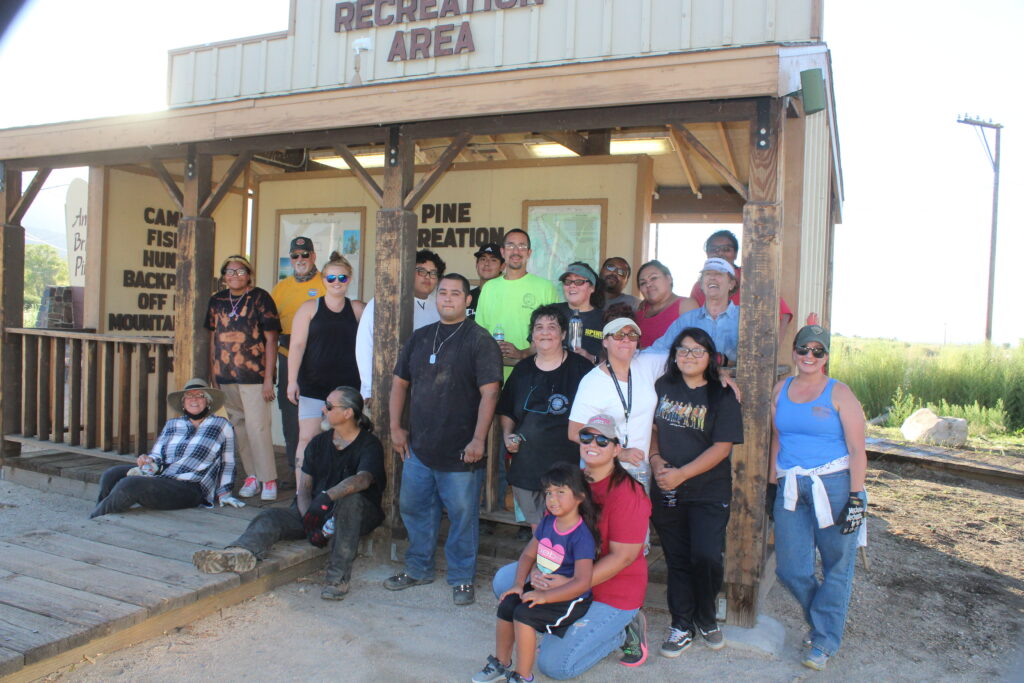 Since the tree was planted in 1913, it’s been cared for by, first, the Big Pine Improvement Club, then by the Big Pine Civic Club. Sequoias (which are not pine trees by the way–thank you USFS Ranger Schweizer!) can live to be 3,000 years, reaching a height of 250 feet with a 30-foot girth, although the current tree is a “baby” by comparison. 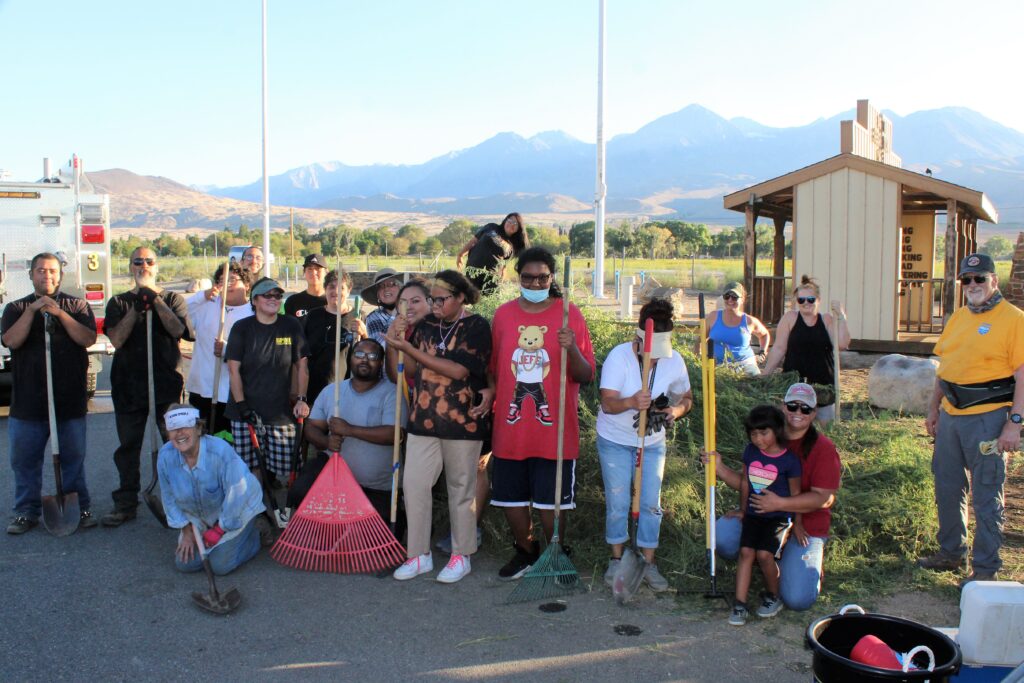 Sadly, the beloved tree, which is closely identified with the town itself, is dying (not the town, just the tree!) and will soon need to be removed. But even when the tree is removed, the affection for it and pride that the townspeople of Big Pine hold for their community remains. Even when faced with the impending loss of the tree, it is still the Town of Big Pine. And, who knows? Maybe there will be another big Sequoia tree planting sometime in the future.

Why doesn’t anyone “deep root” water the poor tree ? Give it some Miracle Grow a few times a year in May , July and September. And put the hose on it for 15 – 20 hours at a time every week for a month then twice a month then… Read more »

I want to commend the volunteers who spruced up the Veterans’ Corner. You are heroes of the valley. For that reason I would rather see all of you wearing masks. We can’t afford to lose people of your caliber and character.

Thank you for your kindness,