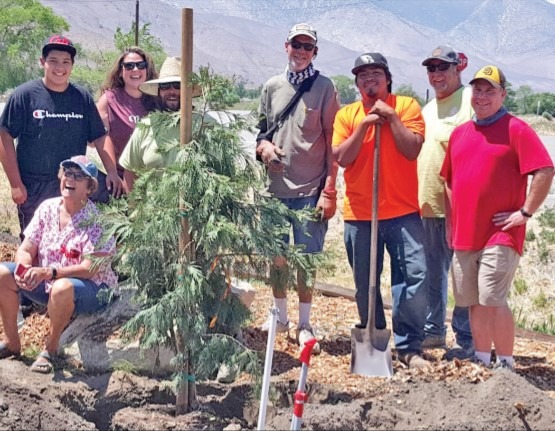 On Friday, May 14, three young incense cedars and a pinion pine were planted around what is left of the historic Roosevelt Tree. The trees were  was planted by the Big Pine Civics Club at the Veteran’s Memorial Triangle in Big Pine, Calif. in a nod to the fond memory and legacy of the large Sequoia tree called the Roosevelt Tree that stood on the corner for over 100 years. 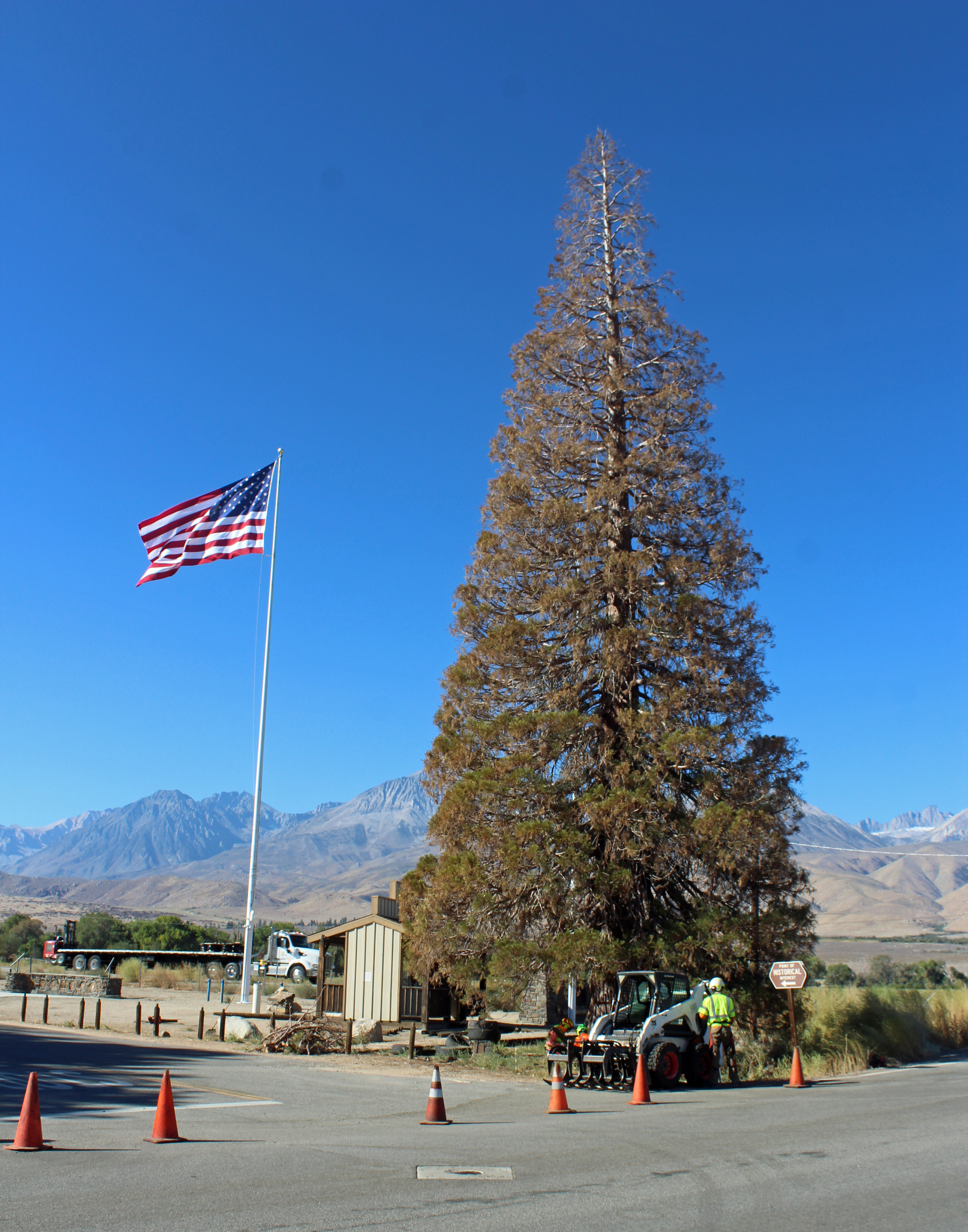 The Roosevelt Tree just prior to its being cut down. The tree was popular with visitors to the Eastern Sierra and to the townspeople of Big Pine

The Roosevelt tree was cut down last year because it was dying and could not be saved. Pieces of the tree are being made into wood bowls and other smaller items for sale to the public as mementos to pay for the replacement trees and support continuing maintenance for the trees and the rest area.

President Sandy Lund of the Big Pine Civic Club enlisted the expertise of Dustin Blakely, the Inyo County Farm Advisor, to advise them of the best trees to plant, when, and where they could best thrive. Adequate water resources had to be considered. Sequoia trees such as the Roosevelt Tree are uncommon in upper desert valley areas and are usually found at much cooler, higher elevations in the mountains where there is more rainfall.

Together with Kent Schlick, Ed Morse from Landscape Solutions, and the crew of Naomi Morse, Eli Morse, Josh Barlow and Malachi Orrick, the new trees, three incense cedars and one pinion pine, were
planted around the old Big Pine Roosevelt tree base on Friday, May 14.

The Big Pine Civic Club thanks everyone who has donated to the tree fund and a special tree
dedication is being planned.

Where can I get the wood bowls from the Roosevelt tree?

This is great, but these species also do not grow in the desert valley bottom, and thrive at higher, cooler, wetter elevations. The Roosevelt tree was neglected and under-watered. Lowering groundwater levels and over pumping in the Big Pine area surely affected the great tree. Hope they added some irrigation… Read more »

Way to go Sandy et al. Good work. Many thanks! Does anyone know where one of the bowls can be purchased??