By News Staff on May 5, 2015 in General Misc. Stories, Government Agencies/Utilities, Law Enforcement

On May 3, 2015 at 10:02 pm, Bishop Police Officers conducted a routine traffic stop on a vehicle driven by suspect Julio Rangel. A passenger, Ramon Perez Figueroa, was also inside the vehicle at the time of the stop. The stop was at N. Main Street in Bishop, in the Smart and Final parking lot. 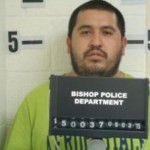 During the contact, Officers became suspicious of the occupants and a search of the vehicle was conducted. Officers recovered the following amounts of suspected illegal drugs inside the vehicle;

1 Kilogram of Cocaine
3 pounds of Methamphetamine
1.3 pounds of Heroin. 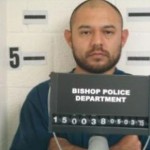 Both subjects were transported to the Inyo County Jail, where they are both being held for $250,000.00 bail and are awaiting arraignment. Further investigation revealed that Suspect Figueroa had multiple warrants for his arrest under a different name(s).

The Bishop Police Department would like to thank the Inyo Narcotic Enforcement Team for their assistance in this case.

Everything relies on money to sustain this economic structure. WE HAVE ALL BEEN brainwashed to accept it’s (money) relevance in our lives through traditional perpetuation. I can’t stand how we speak out as if we would really do anything to help the situation, and I also can’t stand how we… Read more »

her we go again now lowinyo you are comparing transporting drugs with cruising around with a corpse. really?

allen : In your opinion,if Law Enforcement pulled a vehicle over,smelled something funny in the trunk,opened it and found 20 pounds of meth,instead of a corpse,how you you want them to deal with that one ?…..After this conversation we’re having here with this one,if I ever meet you,we should go… Read more »

just to make myself clear…unlike low inyo, along with most of the general public, i dont believe any and every thing i hear. It takes much more than town gossip, a news story, rumors, and hear-say, to influence my beliefs. I dont believe everything i hear or read. Without having… Read more »

Most of us understand what your sayin

Josh sams ; I’m thinking with “Allen’s” posts,he’s the type,that if Law Enforcement pulled someone over,smelled something funny coming out of the trunk,and the officer opened it and found a dead body,”Allen” would think and look for ways to say it was an illegal search conducted by the Sheriff or… Read more »

For those of you, (Allen) who think theses cases of drugs being seized are based on lack of probable cause or I ask you to 1. Go get off your ass and get a copy of the report. That itself should resolve any “issues” you may have with the reasoning… Read more »

allen; Nothing in my post says I think Law Enforcement should break the law or violate anyones rights…It’s YOU that is apparently assuming this search was illegal.You seem to be the type that whenever anyone is pulled over,written-up,or arrested for something,Law Enforcement is out of line or violating someones rights…Your… Read more »

i dont know enough of the details to say whether or not there was probable cause or not. all i am saying is if there was not, it doesnt matter who they are or what they have THROW IT OUT.

@ allen – with respect, please either make up a name or use your full name for your posts. By using only your first name you associate your views with all of us other allens; and then by omitting your last name you allow the reader to speculate as to… Read more »

low inyo- if we were in another country, but we are not. This is America. Have you ever considered moving out of the country? maybe you should. You seem to imply, that it is okay for a cop to break the law… its not. Enforce the law without violating constitutional… Read more »

low inyo you are right by saying “that is the problem with our court system” but your reasoning is wrong. LE should not be able to use any ol excuse as probable cause. They should have actual probable cause. If they did not, the case should be thrown out. LE… Read more »

allen; Let’s put it this way….Like I said,my bet is,due to their (probably) behavior on the traffic stop,along with the warrants at least one of them had,and using the false ID to try to avoid them,and I’ll bet a whole bunch of $$$$ a prior record,maybe still on probation,group all… Read more »

mark: And THAT is what’s wrong with our court system nowdays.These guys (allegedly) running a LOT of dangerous drugs getting pulled over,my bet is a search on this vehicle,and finding,is well within the rules of probable cause…but even if there is a grey area,some sleazy defense lawyer trying to get… Read more »

The way to win the war on drugs is to make them legal. It might even thin out the population a bit.

Mark; Don’t think you’d say that or feel that way if you lived in the big city,or even the smaller cities with meth and heroin problems,like some of the places I used to live.Property crimes, lots of ID theft,burglarized 3 times at my home,once on the job while I was… Read more »

for what it is worth, every time i have been pulled over, i get anxiety and very well might exibit many of those behaviors described above. I can actually feel my heart rate rise. not because i have anything to hide but the opposite. Most of the time, i have… Read more »

“there are so many interpretations of what is probable and what is not, that any excuse can be used.”

yeah but that won’t fly in the court room

Cops only need reasonable suspicion to stop you. A lower threshold than probable cause, which is what’s required to arrest you.

Imagine the cop wearing nothing but underwear, if that fails think of the Cheech and Chong movie “Up In Smoke” where Cheech and Chong get pulled over, the cop approaches the van made of marijuana and asks for a bite of the hot dog sitting on the dash.

Who knew! One Idiom and one question could ruffle so many feathers. I believe my libertarian view of things is a little too much for some of you. 15 words and I’m called a cop hater a racist a blah blah blah…..etc…looks like freedom of speech freedom from looking at… Read more »

I don’t see anything “libertarian” about either your idiom, or your question.
They just came off as disrespectful towards local law enforcement, that’s all.

And freedom of speech is a two-way street.

The comment didn’t come across that way to me Charles. There was a bit of luck involved. Bad luck for the suspects, good luck for the LEO and us law abiding citizens. I was curious if they were headed North bound or South bound, I’d guess North bound just because… Read more »

Most cops will never recover that much dope in their career from one traffic stop. That much dope was worth a lot of money. Curious as to what their destination was.

BIG DEAL! as long as there is a demand, there will always be a supply. I am much more concerned about the corruption and criminals withen our justice system, than i am about the average drug dealer. Both are about a dime a dozen.

Hope they had real probable cause or a warrant…

“Officers became suspicious of the occupants”

It takes more then suspicious occupants to warrant a search. I hope the officers had a valid reason for searching the vehicle that will stand up in court.

A routine traffic stop could be something as minor as failing to signal, a cracked windshield, swerving in a lane, an unsecured license plate the list is endless. Suspicion could be anything like rapid heart beat which can be visible; heavy sweating, contradicting and inconsistent statements, fidgeting, failing to maintain… Read more »

Tinner…Not to mention,some type of false ID given,in order to try to dodge the (alleged) existing warrants at least one of the guys had.I’m not a Law Enforcement officer,but my guess would be ,with this amount of multiple illegal drugs,as well as warrants out,and them looking in their rear view… Read more »

Wow!!
These guys will be going away for a while…and rightly so.

High water were you expecting a delivery?? That squirrel found lots of nuts and you sound upset about it? Well you must be the best at whatever it is you do and yes I’m sure there are empty of cars that make it through these small towns. Be great full… Read more »

Even a blind squirrel finds a nut once in a while!
Ever wonder how many cars drive through here and our never caught?

High Water : I’m trying to figure what your comment means.Is it a dig at Law Enforcement for “letting” many of the drug dealers safely pass through the valley without pulling them over and finding the dope ? Or is it somehow geared towards saying the war on drugs is… Read more »

yeah, what’s your point High water??? It’s not the police’s fault if cars successfully transport drugs through our communities. They can only pull over a vehicle for probable cause. If the criminals are smart enough to come through and not speed, or drive poorly, or have lights out etc., then… Read more »

GREAT job by Bishop Police and INET on this one.That’a quite a smorgasboard of high-octane dope off the streets.

Wowww that is a lot of drugs. Good job to which ever officer(s) were able to get this large amount of drugs off the streets. Great job BPD..