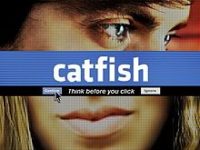 Angling for something that’s not a “fish”. MTV reality series.

Occasionally here at Sierra Wave News, we try to keep you informed on robocalls, fake email messages and other online scams. This one, being ‘Catfished,” is not the same as being “Phished” (pronounced “Fished”), although both target unsuspecting men and women. It may be called “catfishing” but basically, it is just another way to steal money from its victims.  The scam often uses online dating services and other social media (Facebook, Messenger, WhatsApp,Twitter, etc.) to find victims seeking attention, companionship or love. It even “preys” on prayer groups and book clubs.

According to a press release from SocialCatfish.com, Americans lost a record $304 million in 2020, up from $201 million in 2019.  Romance scams are worsening despite government warnings, an MTV reality series, an NFL victim, and someone pretending to be Bruno Mars tricking a victim out of $100,000. 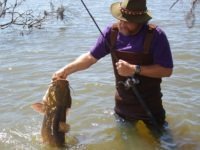 Catching catfish and fishing are very different from Catfishing and Phishing!

SocialCatfish.com released a study on the Most Catfished States in 2020 using data from FBI’s Internet Crime Complaint Center and the FTC released in March and February of showing California was the No. 1 most catfished state in 2020 with 3,110 victims losing $120,492,182 to romance scammers

The surge in 2020 is due to COVID-19 creating unprecedented opportunity for scammers to prey on isolated and lonely victims.

Key Findings from the Study:

5 Tips to Avoid Being Catfished:

If you believe you have been contacted by a romance scammer report it to the FTC. Also let our local police department and sheriff’s offices know as well so alerts can be continually sent out to remind the public and local news media.

And finally, while Sierra Wave wishes you the best in love and life, we hope you can do so without con artists becoming involved.

3 Responses to Been “Catfished?” Looking for Love in All the Wrong Places