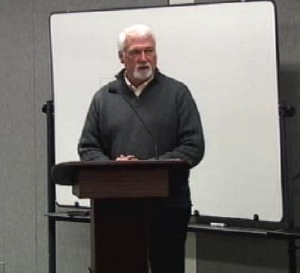 In the Town of Mammoth Lakes, it’s a broken record – nothing new with MLLA, the holders of the ominous $43 million debt owed by the Town.  What officials say they do know is that inability to pay off that debt by June 30th will lead to a fiscal emergency and bankruptcy unless settlement comes first. Tuesday night at a special meeting two of the Town’s experts, officials will discuss the major budget issues and the MLLA judgment.

Town Manager Dave Wilbrecht said that at Tuesday’s meeting, which starts at 6pm in Suite Z, Attorney Zack Clement and retired judge Bill Greendyke, both of the law firm of Fullbright and Jaworski, will talk to the public and the Council about their credentials and will answer questions from the public, according to Wilbrecht. He said they would not speak to specifics about the dispute with MLLA since that is still in progress.

The Town Manager said officials are encouraging members of the public to come and ask questions.  Mammoth citizens have asked Sierra Wave Media what will happen if the Town does not pay $43 million by June 30th, as demanded in an issued court writ.  Manager Wilbrecht said the attorneys will speak to that Tuesday.  Pressed for his understanding of the consequences, Wilbrecht said, “If we get to the end of mediation and haven’t resolved the problem and the Writ of Mandate is due, there’s no way the Town can pay it.  We would then be in a fiscal emergency,” he said.  “The Town Council would have to make decisions at that point.  I don’t know the exact steps toward bankruptcy,” said Wilbrecht, “but this is in our minds.”

Wilbrecht added that Town officials will start official mediation with creditors on Thursday. This includes contractors and employees but not MLLA. The special meeting of the Mammoth Lakes Town Council starts at 6pm Tuesday in Suite Z.  Tourism Director John Urdi will make a presentation regarding the impact of tourism on Mammoth Lakes and presumably argue for continued marketing in the face of the Town’s financial crisis.

Immediately after Urdi’s discussion, the Council will go into talks about the long-term fiscal projections and a restructuring plan to address what officials describe as the “baselines fiscal issues and the MLLA judgment.”

Why is John Eastman still on the town council?

Time is almost up, time to make your last move Mammoth.

Rather than bankruptcy I think Mammoth should sue Terry Ballas for 86 million for those terribly ugly eye sore hangers that he built to close to the runway thus screwing up the 395 view and any future large airline business. And after he pays the town Mammoth can afford to… Read more »

MJA, You mean the hangars that are built right where the FAA and the Town approved them to be built? You want the Town to sue over those hangars?

The hangers Mr. Ballas built, The airport manager/developer who built hangers to close to the runway and testified he didn’t know the FAA had building regulation around an airport and is now waiting to get 43 million dollars from the the people of Mammoth. Ya that guy. I don’t think… Read more »

Just a note. Mr. Ballas apparently sold the $30 million judgment to MLLA. Ballas himself still holds some development rights at the airport – for commercial/ retail and a terminal. BK

“I don’t know the exact steps toward bankruptcy,” said Wilbrecht, “but this is in our minds.” You’re kidding, right? You are getting paid six figures to be our town manager, you have a June 30 deadline that if not met will lead to BK – and you really, truly don’t… Read more »

Just the facts
Reply to  Tourbillon

I’m afraid Tourbillon believes bankruptcy is a simple black-and-white process. Unfortunately there is lots of that going around today. Chapter 7 frequently referred to as “liquidation” or “straight bankruptcy,” is the fasted and most common form of bankruptcy in the United States. In a Chapter 7 bankruptcy, a debtor’s non-exempt… Read more »

sierragrl
Reply to  Just the facts

I’m no expert, but here’s some basic info from the web: A Chapter 9 bankruptcy is the type of bankruptcy for municipalities. Chapter 9 is a form of reorganization, not liquidation. In California, Orange County, the Cities of Vallejo, Los Osos, and Desert Hot Springs have filed chapter 9 bankruptcy.… Read more »

I have confidence in the At-will government employees. I have no confidence in elected officials who can cash in personally on developers projects (and nobody can stop this graft as it is perfectly legal). There is one official in particular who has been around forever and has his fingers in… Read more »

Problem Solved
Reply to  What the ...?

You have confidence in the Town Manager that states ” I don’t know the exact steps towards bankrupcy” after knowing we we’re going bankrupt for the last 3 years !!!!

Wilbrecht has demonstrated no leadership or expertise on this issue since his employ – true to his management style he placed 3M in front of him to take the major hit and aford him deniability.