Mike Harris of Chalfant Valley, convicted of molestation and rape of a child under 14, remains in jail and his attorney confirmed that she plans to file a motion for a new trial. 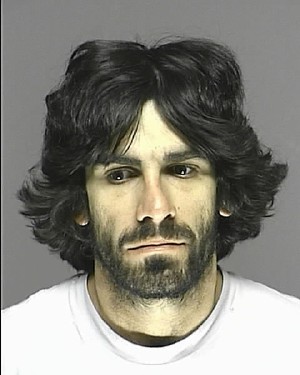 Mike Harris, convicted of lewd and lascivious acts and rape.

Mammoth attorney Therese Henkel defended Harris in the more than 5-week-long jury trial. The District Attorney’s office leveled some 26 charges against Harris. The charges included 25 counts of lewd and lascivious acts involving a child under 14 and forcible rape of a child under 14. The jury found Harris guilty of 18 counts of molestation and 1 count of rape.

Harris had taken the stand in his own defense, denying any wrongdoing. Testimony revealed that the victims in the case were the two daughters of his girlfriend. The DA presented that the girls were between 8 and 14 at the time of the crimes.

The court had planned to sentence Harris on January 22nd. The sentencing was delayed and word circulated that a motion for a new trial was in the works.

Attorney Henkel said she plans to file a motion for a new trial in a couple of weeks. She declined to disclose the details of that motion.

We work to provide daily news to all of the Eastern Sierra, in the tradition of Eastern Sierra News Service and the Sierra Wave. We bring you daily happenings, local politics, crime, government dealings and fun stuff. Please contact us.
View all posts by News Staff →
Cell Phone App Taps into Mammoth
Barrett Confirms Council Candidacy