By News Staff on May 21, 2019 in General Misc. Stories, Law Enforcement

BISHOP, CA. May 21, 2019 – Last night at 8:50 PM, Inyo County Sheriff’s Deputies, along with units from Bishop Police Department and California Highway Patrol responded to a campsite located east of the canal road in the Bishop area, for a report of a stabbing. 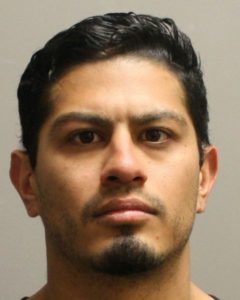 The victim had multiple stab wounds and was transported to Northern Inyo Hospital for treatment and later released.  The suspect fled the scene prior to law enforcement arrival.

Inyo County Sheriff’s Deputies contacted witnesses who identified Armando Zavala as the suspect. Zavala was later taken into custody without incident at the scene after he returned to the campsite.

Zavala is being held at the Inyo County Jail on charges of attempted murder, assault with a deadly weapon other than a firearm, criminal threats, and obstruct/delay public officer.

Rick O’Brien…..I’m not Law Enforcement,but I seriously doubt you’d be charged with anything if someone came swinging a knife at you and you defended yourself from being carved-up like a Thanksgiving Turkey…maybe some time in the interrogation room explaining things,but that’s about it..

Better to have it and not need it , than to need it and not have it …Capt. Woodrow F. Call , Texas Rangers . I would love to hear (see) a response from ANY local law enforcement…would the victim be looking at any criminal charges if he had defended… Read more »

And some people I know question the need and to why I carry a pistol when I go fishing and camping..it’s the two-legged animals I worry about…not the ones with four legs and fur.